The last of the Dutch-Belgians (for now).

First of all, a bit late but a happy new year to my dear blog readers! I was planning to post earlier, but as they say, real live intervened.

As the title says, YES, after a very long time, I finaly could finish the last few things I had yet to paint for my Dutch-Belgian Napoleonic army!
Two more guns and two brigade commanders. The commanders and one gun were ready just before the end of the year, but I wanted to show them only when I had them all painted. Which happened last weekend.
So here are one foot gun and one horse gun, both 6 pounders. 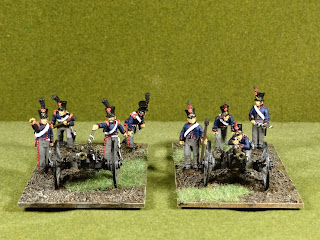 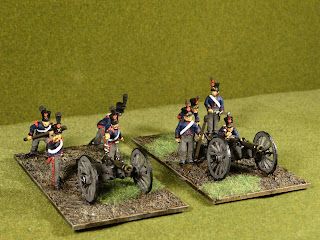 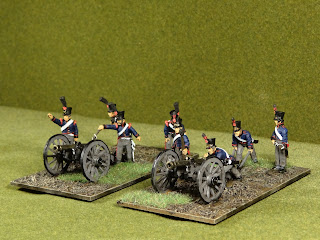 The one on your right is the foot gun, should you want to know. 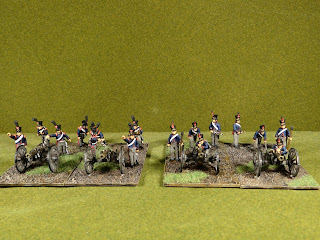 The army is initialy build to use with the Black Powder rulesset from Warlord Games. In these rules it is said that an artillery battery is only one gun, but I think that this does not look good. So two guns per battery it will be.

Ah yes, there are also the last two commanders to paint. 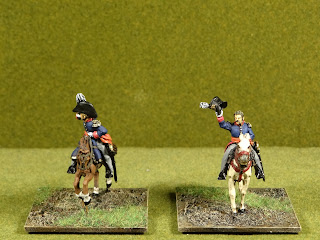 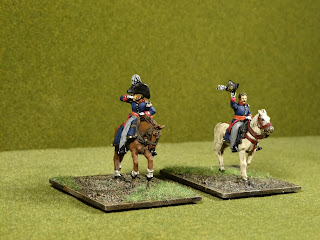 Now that I have a more or less complete army, I'm in doubt if I should spend some more money and get me two artillery limbers also? I'll think about that.
I will post some pictures of the complete army in the near future. I hope to find the time next weekend, but we'll see about that.
Gepost door WimVdB op 13:47 Geen opmerkingen: