At last, the promised pictures of the last miniatures I painted in 2012.
First, some Thracians. These were primed over a year ago, and are now finaly part of a still growing unit of Thracian javelin-armed warriors. They are from the excellent Foundry World of the Greeks range. 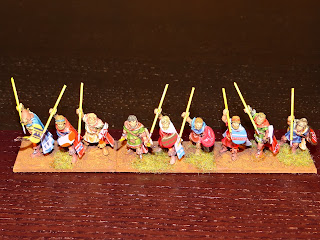 There were also a few Thracian skirmishers with bows painted. (Crusader Miniatures) 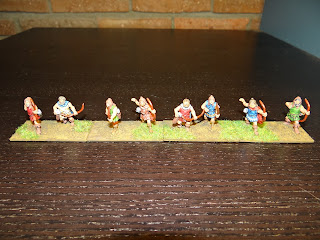 After these came a Su﻿ccessor general from 1st Corps. The sword was broken off, so I drilled a tiny hole in both sides and fixed it with a tiny iron rod and some superglue. 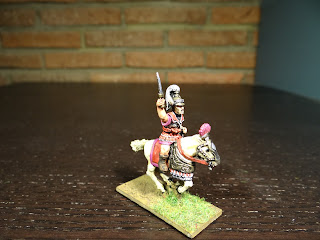 Last but not least is a large (36 figs) unit of Napoleonic Dutch Jaegers. They are from the unsurpassable Perry range. Really wonderful gems of miniatures! 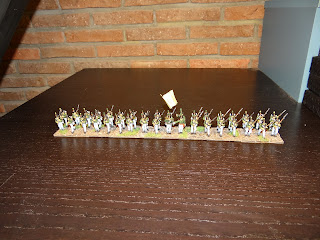 Detail of the command: 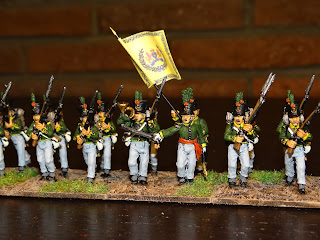 I'm still busy painting my first Saga warband. At first I only bought 4 points, but now have some extra miniatures to make it a 6 points warband.Pictures promised when I get them ready for battle!
Gepost door WimVdB op 11:09