Next to the fantasy figures I recently painted, I also got some extra troops for my old 15mm late Seleucid army. I painted my first Seleucids when I was around 17 years old, and they were the core for the army. They all were Miniature Figurines (or Minifigs), as that was all that was available then to me. Later I added some Museum Miniatures but most are Minifigs. I planned a huge army, that never realised. The project stalled when the planned campaign in the club I was then member of ended before really taking off. Later I rebased what I had to DBx. And now, after all these years I added a few more, and repaired some damaged. These are the first 15mm figures I have painted in over 10 years. 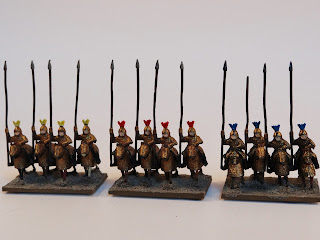 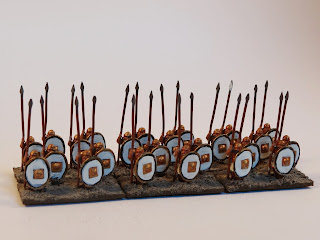 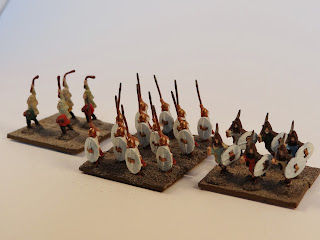 I tried to paint them more or less the way I used to do long ago. Problem is I used Humbrol enamel paints then, and now only own acrylics. But you have to look really good to notice it.

Here are some pictures of the army as it stands now. 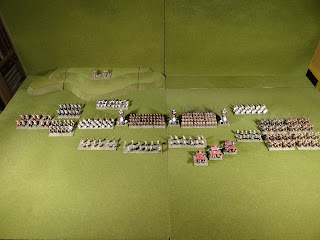 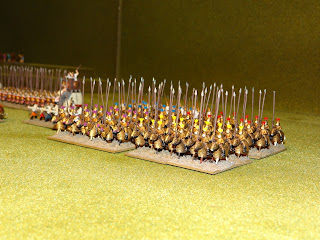 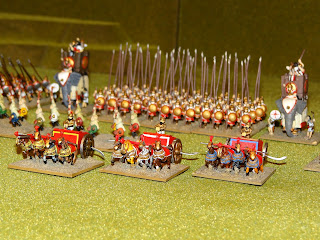 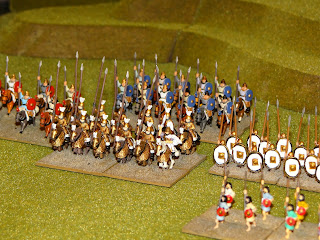 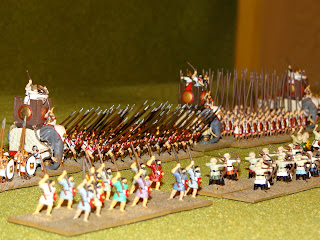 Maybe a bit overdone in cavalry, and certainly in cataphracts, but as said before, the army was never finished. I am thinking of painting up the figures I still have, but I'm not sure if I should buy more after that. I have plenty of 28mm to replace the same army. Yes, I am truly mad, having the same army in 15mm and in 28mm. Only slightly different in composition.
Gepost door WimVdB op 13:13 2 opmerkingen:

Last time I talked about my old Minifigs fantasy figures from the Aureola Rococo range. I have managed to paint all the Aureola Rococo foot Knights of the Silver Rose I currently have. I don't have that many of them, but they are as good as done. They are painted in a simple painting scheme, so they don't take to much time to do. All are individual based, but the bases are not ready yet. I want to do them all in one go, when the cavalry is ready too.
Pictures! 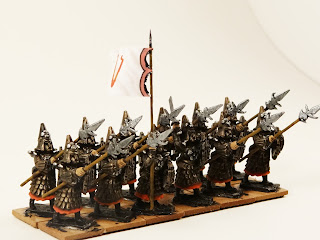 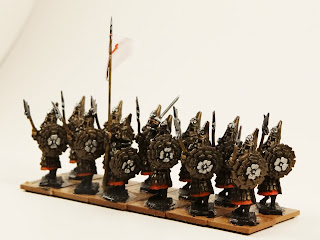 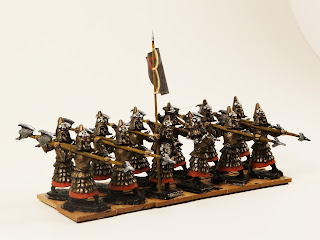 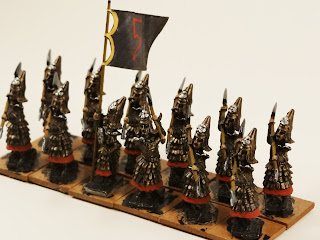 This next unit (above) is something in between spearmen and axemen, as their weapons have a spear point on one side of the pole and an axeblade on the other side.
The captain is holding a heavy axe without spearpoint on the other side. I only had one of this model, so he became captain too.The standard bearer is the same model as the first unit. 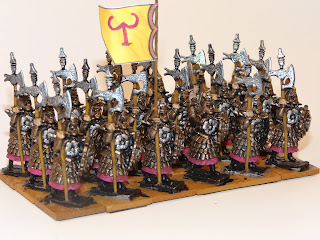 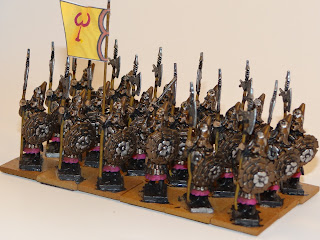 The last unit is a somewhat larger unit of 18 models, I had more of these halbardiers then anything else, so they can be the guards, I still need to paint the edges of the flags to make them look better.

Next for this army will be two cavalry units. I want the cavalry ready before I try to get more foot troops. I would love to have a unit of those "Double action blow darts".

Here is a link to pictures af all the models once made in the range (Thanks Rudy G. for finding this link!)

By the way, what do you think of the new style pictures? I made a so called light box. I still have to learn some things about lighting I believe. The halbardiers pictures are made with a flash , the others without, but I had to make them lighter with a photo retouche. Something I did not use before.
Gepost door WimVdB op 13:56 2 opmerkingen: