Some lighter troops, as the Agrianians and the Thracian peltasts have crossed the river to protect the left flank of the column. 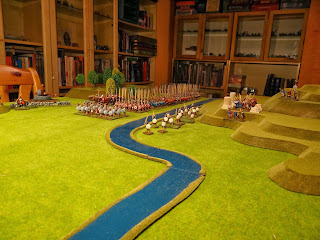 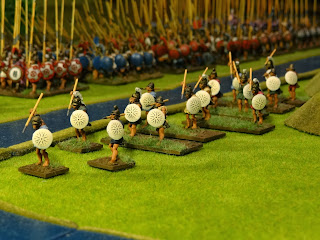 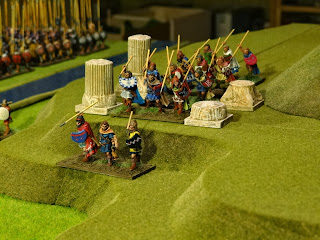 The Thracian commander has sought higher ground, to check if he can see any enemy troops. 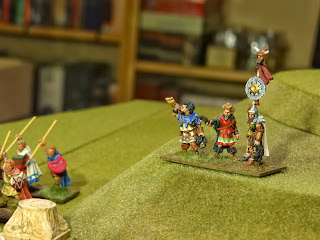 On the right flank, Alexander with a few of the Companions is doing the same. 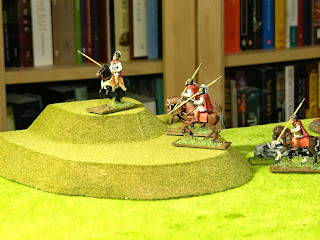 First troops in the column of heavy infantry are the Hypaspists, followed closely by Philip, the commander of the army, with his elite phalanx unit. 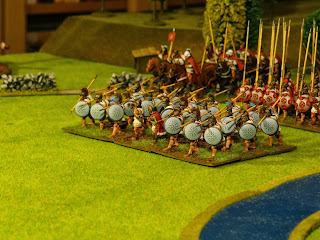 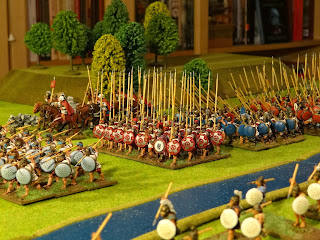 After them are 5 more phalanx units, making them look like a moving wood of pikes. 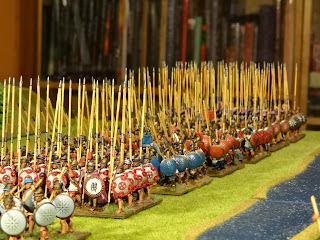 For those interested, the miniatures are mostly Wargames Foundry, with some Old Glory, a unit of Gripping Beast (Polemos) and a few A&A Miniatures as Hypaspists.

The scene is set, battle is upon us.
We don't have a date yet, it is not easy to get a date we (the friends and me) can come together to play the battle.
Who will win???