Exactly one month after my last message, finaly a new update on my blog.
We played the Chaeronea scenario the weekend in between Christmas and new year with lots of tiny metal toys. four players took the role of the generals, while I was umpireing the game, for as far as nessesary.
We used the largest table in our clubhouse, but unfortunately, lighting was not that good. I took lots of pictures, but some were so bad, I erased them.
The rest, you can see here!

As told before, we used the Clash of Empires rules set, which we regularly use and are fairly happy with.
The terrain was set up historicaly, or at least, how I think it was. A river on one side, and mountains on the other side, with a large plain in between.
Total terrain was 6 foot wide and 5 foot deep. It was measured that there was not a lot of space left for maneouvering or flanking, if any.
Troops could be set up as the generals desired.
The Alied Greeks placed their troops more or less historical, while the Macedonians put their Companion cavalry, including Alexander in reserve.
Let's see what that gives.
Macedonians on your right, Greeks on your left. 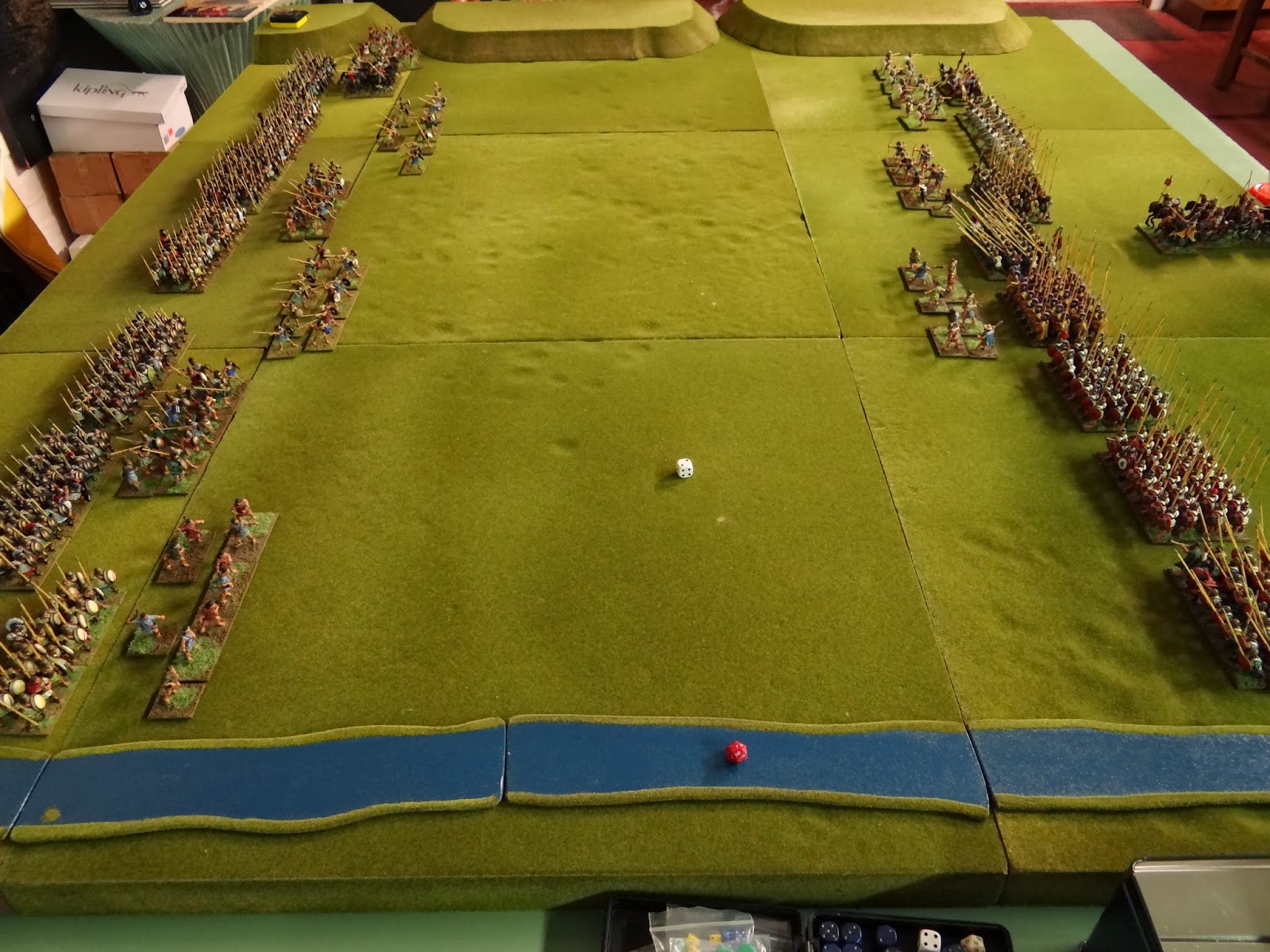 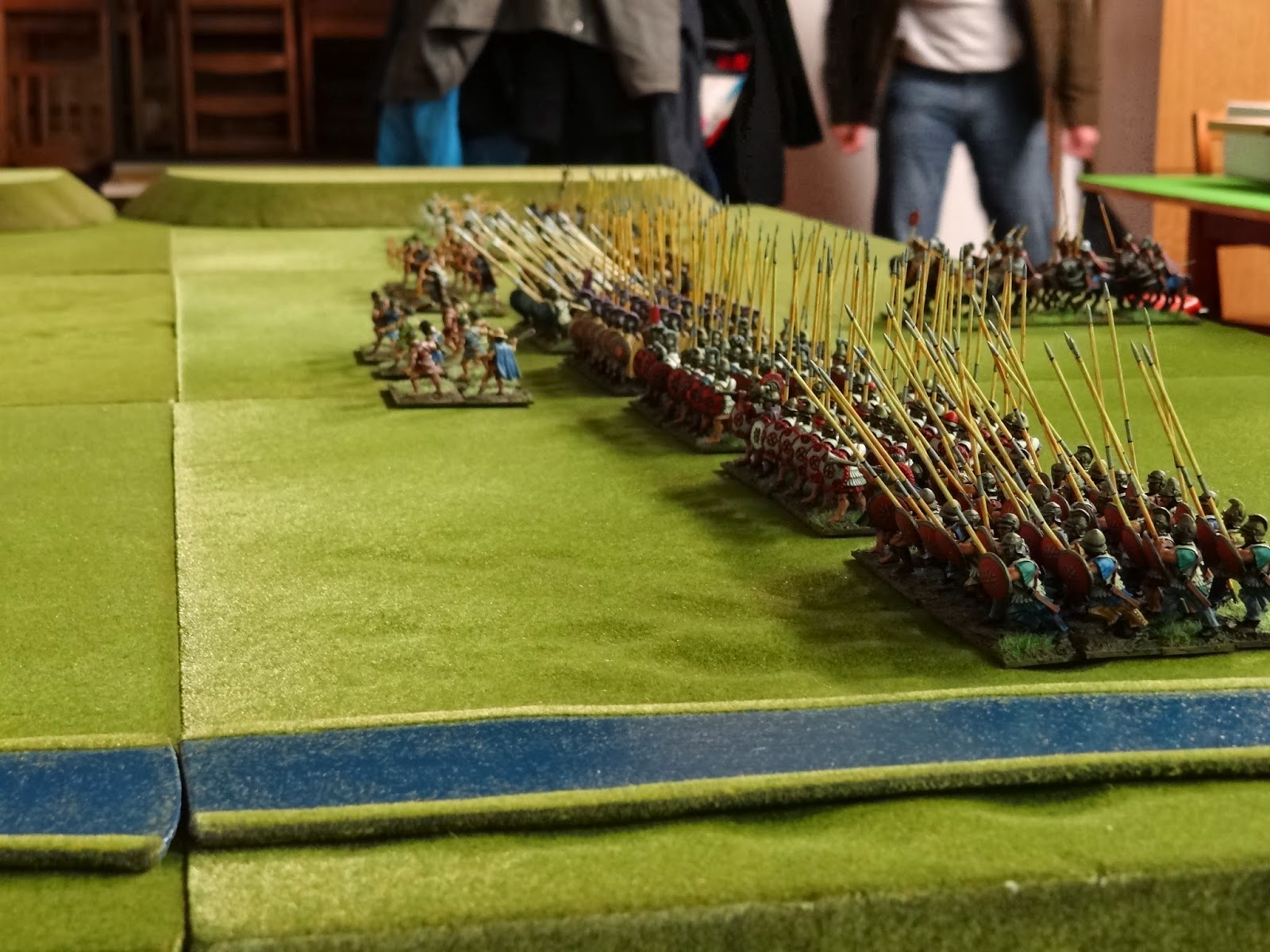 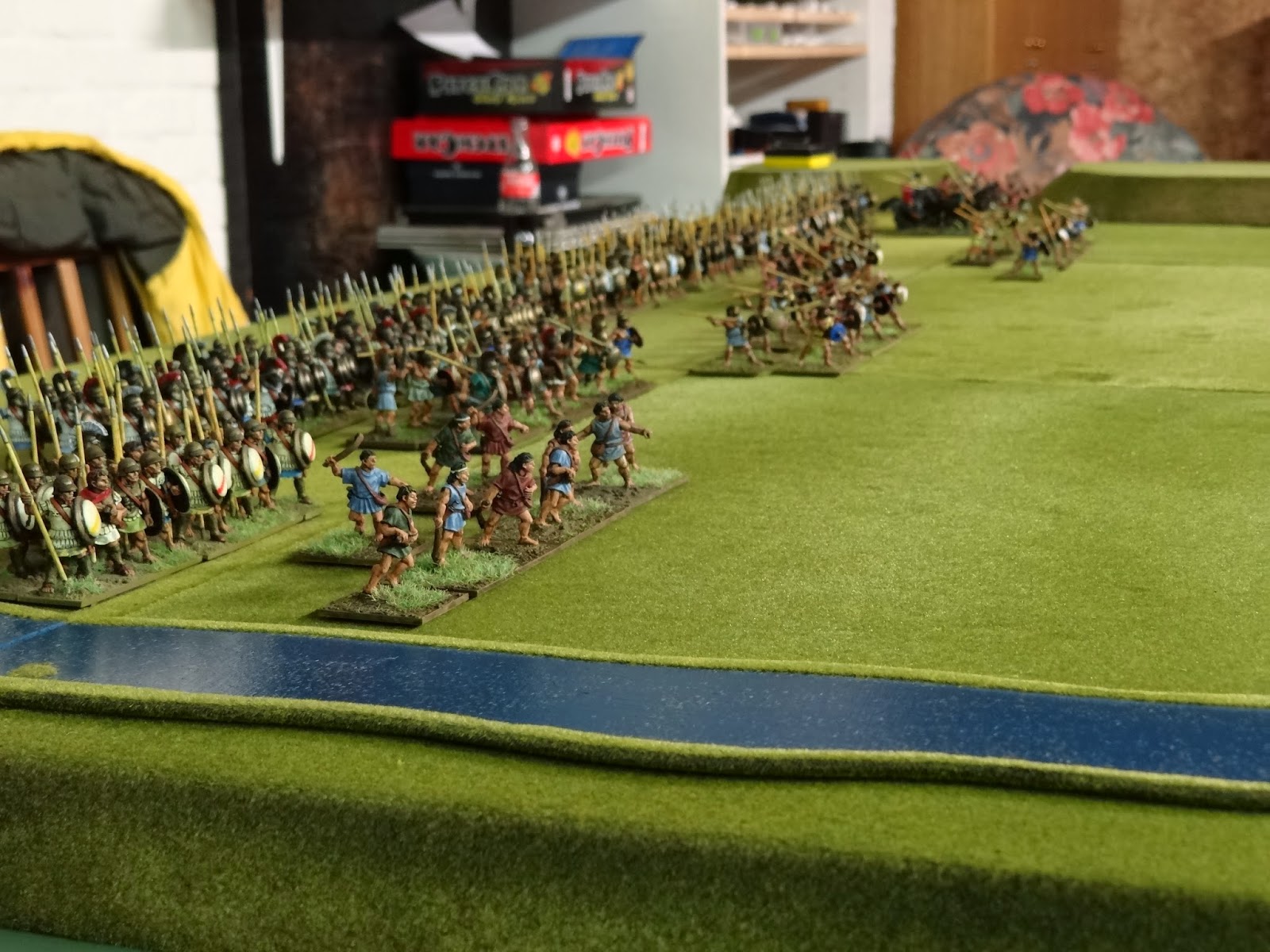 In case anyone wonders, that little D10 in the river is the turn counter. The game lasts max 8 turns.
Next time: The battle.