As the title says, here are a few pictures of freshly painted miniatures.
I painted my first Napoleonic cavalry unit ever, the Dutch 6th Hussars. Lots of detail on these, so it took lots of time to paint them.
Following our Black Powder scale, this is a standard 12 fig unit, plus one casualty base. 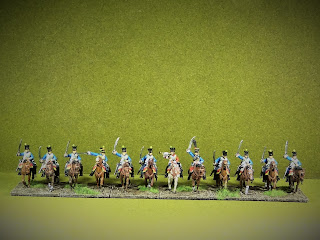 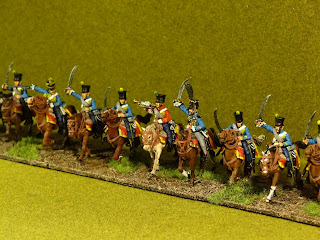 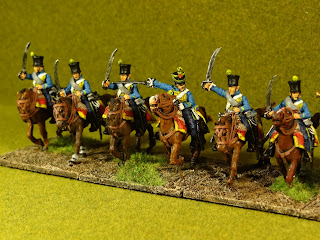 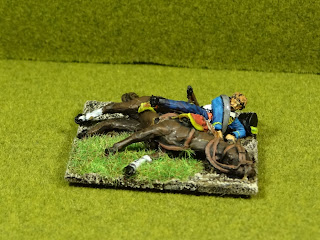 All are Perry Miniatures, as are all my Napoleonics.

Next , some artillery for my Dutch-Belgians, a foot battery and a horse battery. (1 gun  = 1 battery) 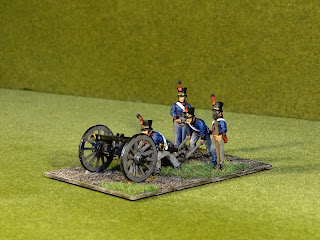 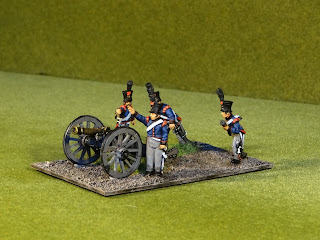 And last for now, the Perry commemorative  model for Richard III, killed at the battle of Bosworth in 1485, and  which body was found under a parking place on 4 february 2013. 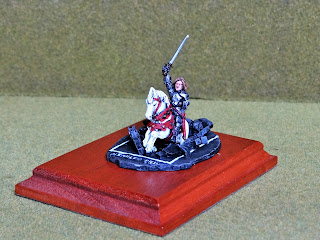 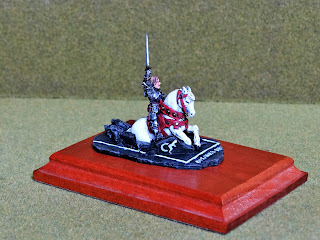 At my blister this, model was called "Return of the King", but for some reason this is changed on the website to "Commemorative Richard III". Why should that be?

As usual, all pictures can be expanded by simply clicking on them.

I hope it won't take too long before a new update. I had a bit of a painters block I guess during summer. And the summer is not yet finished...
Gepost door WimVdB op 13:58