End of the year catch up.

Due to certain other things happening in life, which took more time then I had thought, my blog have been a bit on the back burner. But now, with the end of the year within sight, I wanted to show that I didn't stop painting. Though not as much as I hoped.
First part are some medieval civilians. Mostly Perry from the Agincourt to Orleans and War of the Roses range. The cart and the guys with the boar are made by Old Glory. The wheelbarrow is from Warbases (only £1.00! Really good value for money). 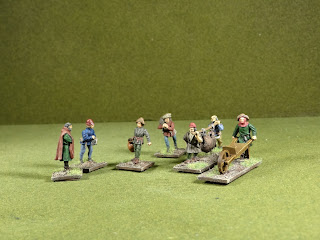 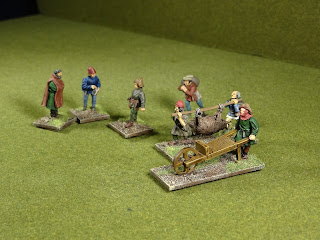 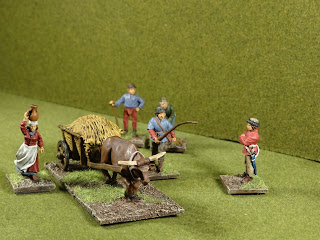 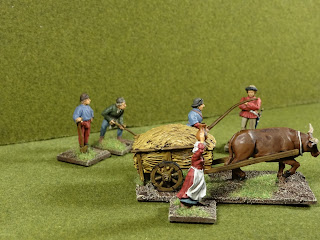 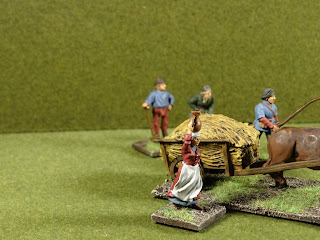 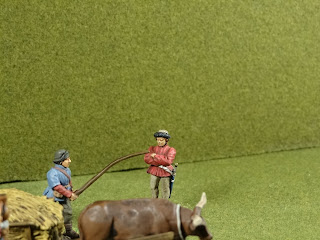 It took more time to paint them then I had hoped, but it is clearly not "rank & file" work. I'm really pleased with the result of most of them though.

Something else that finaly got a layer of paint is this Thracian warrior. 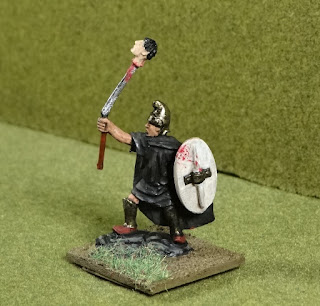 I got it from Karawansaray, the publisher of excellent magazines like Ancient Warfare, Medieval Warfare and Wargames, Soldiers and Strategy. I believe it was cast by Relic Miniatures, but I could be wrong.
That's it for now, but of course, there is more to come.
Gepost door WimVdB op 01:42