Yes, the end of the year is near. It was far from a good year for many, including me. The local wargames club has been closed for most part of the year. But let's try and make 2021 a far more better year!

I managed to take a few pictures of my long awaited 6mm Napoleonic army. The idea is that it doesn't have to be perfect painted, but it must be visible what the unit is representing. Flags help a lot with that! I have been painting on and off on this since march. All are Adler miniatures, and for this size, very detailed. All pictures are high resolution and clickable for a better view. 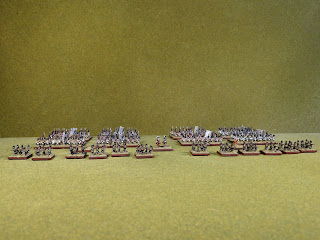 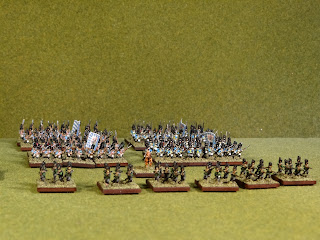 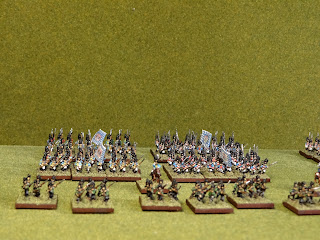 The above pictures show a complete Bavarian division. Two brigades of two line regiments (each of two battalions) and one light infantry regiment of a single battalion, ten battalions in total.
Each battalion is 36 figures strong, so that the complete division is 360 figures, plus mounted command of two single base brigade commanders and a divisional command of two mounted figures on one base. 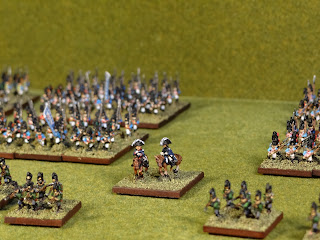 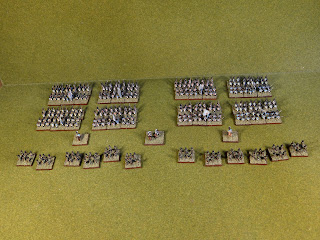 Next is a cavalry division. 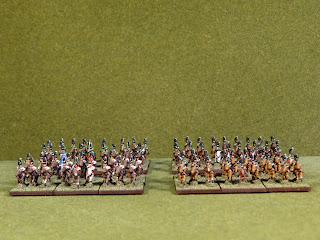 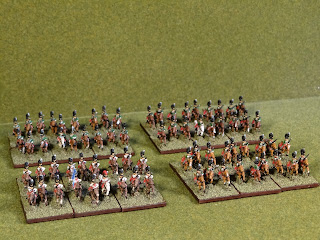 My four cavalry regiments are each 18 figures strong, so a total of 72 figures. I have three regiments of Cheveau-légers and one Dragoon regiment. I have yet to paint the commanding officers of brigades and division.
Off course, I have some artillery too! 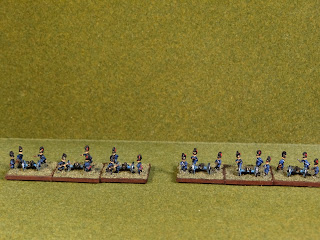 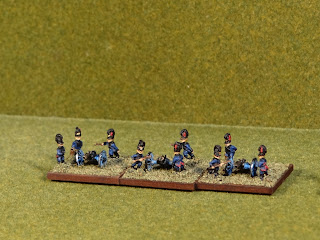 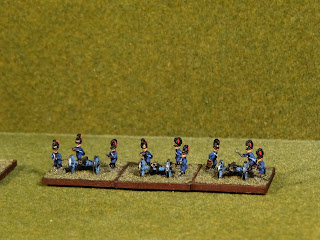 That's two batteries of three guns. One foot battery and one mounted battery. The difference is hard to see on 6mm figures, white belts for foot and black belts for mounted artillery. I plan to make bases of moving artillery too, and caissons.
Terrain is also needed to play games with the new toys. And while I have yet to start an enemy army (Russians? Austrians?) I made a start on 6m terrain also.
For woods, I ordered a cheap (Chinese) packet trees, 100 in total. I have done some thinking with how to base them. At the end, I used some of the many left-over bases that I have from plastic 28mm Perry Miniatures boxed sets. I think they look good, but it was a lot of work, and I think I need many more... 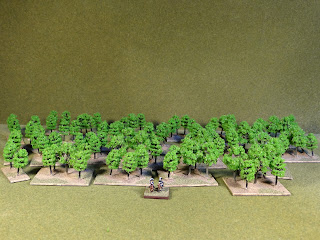 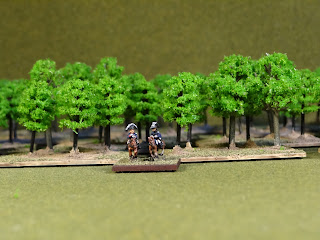 The miniatures in front are for scale. If I order more trees, I might buy a few larger ones.
A few small villages are also needed, plus roads, rivers, ...
So I bought a few things from Total Battle Miniatures. The only one which is ready is a large impressive three part redoubt. 20cm wide, which is more then a battalion in line formation! 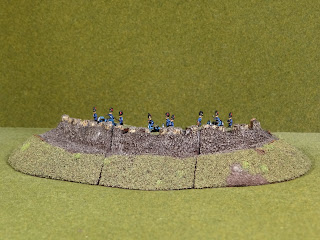 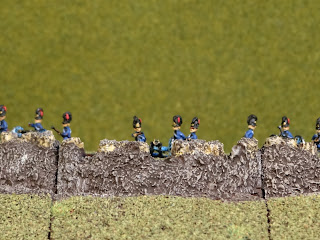 One of the benefits of 6mm is the little space it takes for storage. And the fact that you are able to play large battles on a regular sized table. The largest I can go at home is 4'x 8', so many possibilities!
Now I only need to start on the other army. And maybe some French?
Gepost door WimVdB op 14:24