Yes! My third warband of 36 miniatures is now ready for battle. These fellows were painted in august. But I had a traffic accident with my bicycle, and needed some time to recover. I'm still not 100% ok (was I ever???), but I feel a lot better already.

Anyway, some pictures of the wild folks. 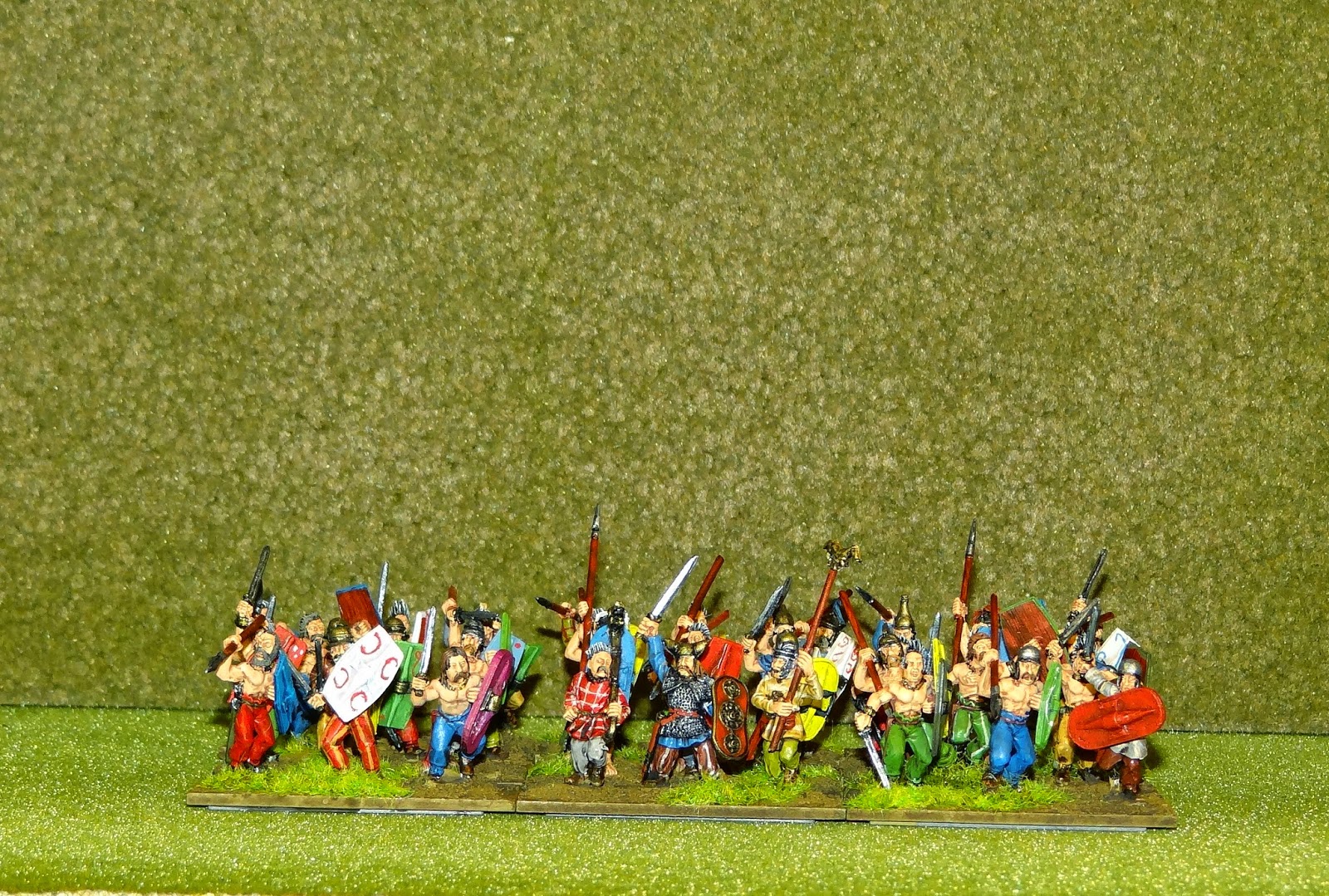 The miniatures are mostly Old Glory, except for the three command figures, who are Foundry. Old Glory sells miniatures in 30 figures bags, and I don't think I will ever need that much. So Foundry it is. 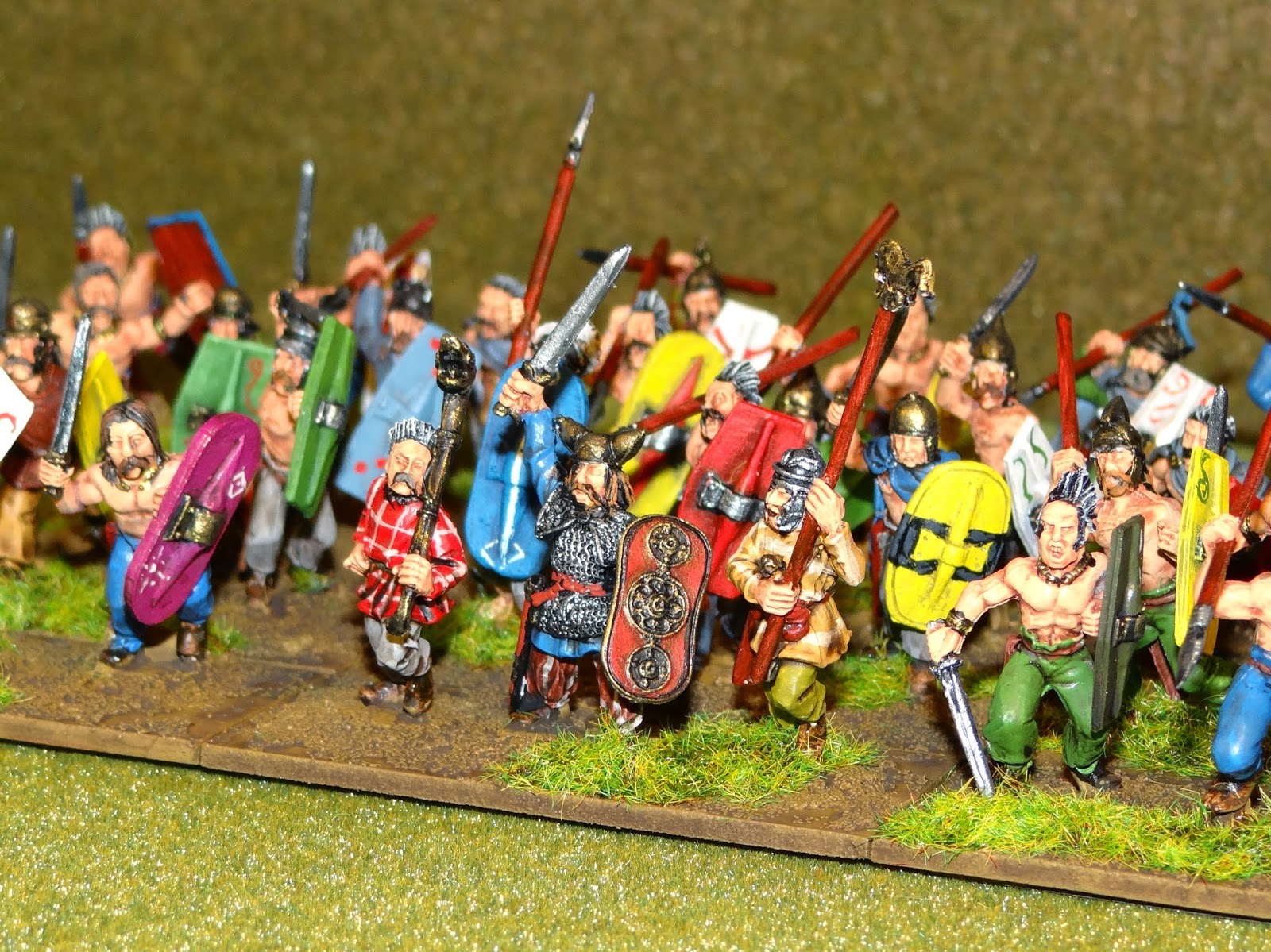 I now have 3 units of 36 and 3 chariots. I still need to paint some cavalry, more chariots and some skirmishers to make it a small army, but I think I'm over half way with this project.
Unfortunately, I just can't stick to one project, so next update will probably be fantasy.
If I don't change my mind...
Gepost door WimVdB op 12:57