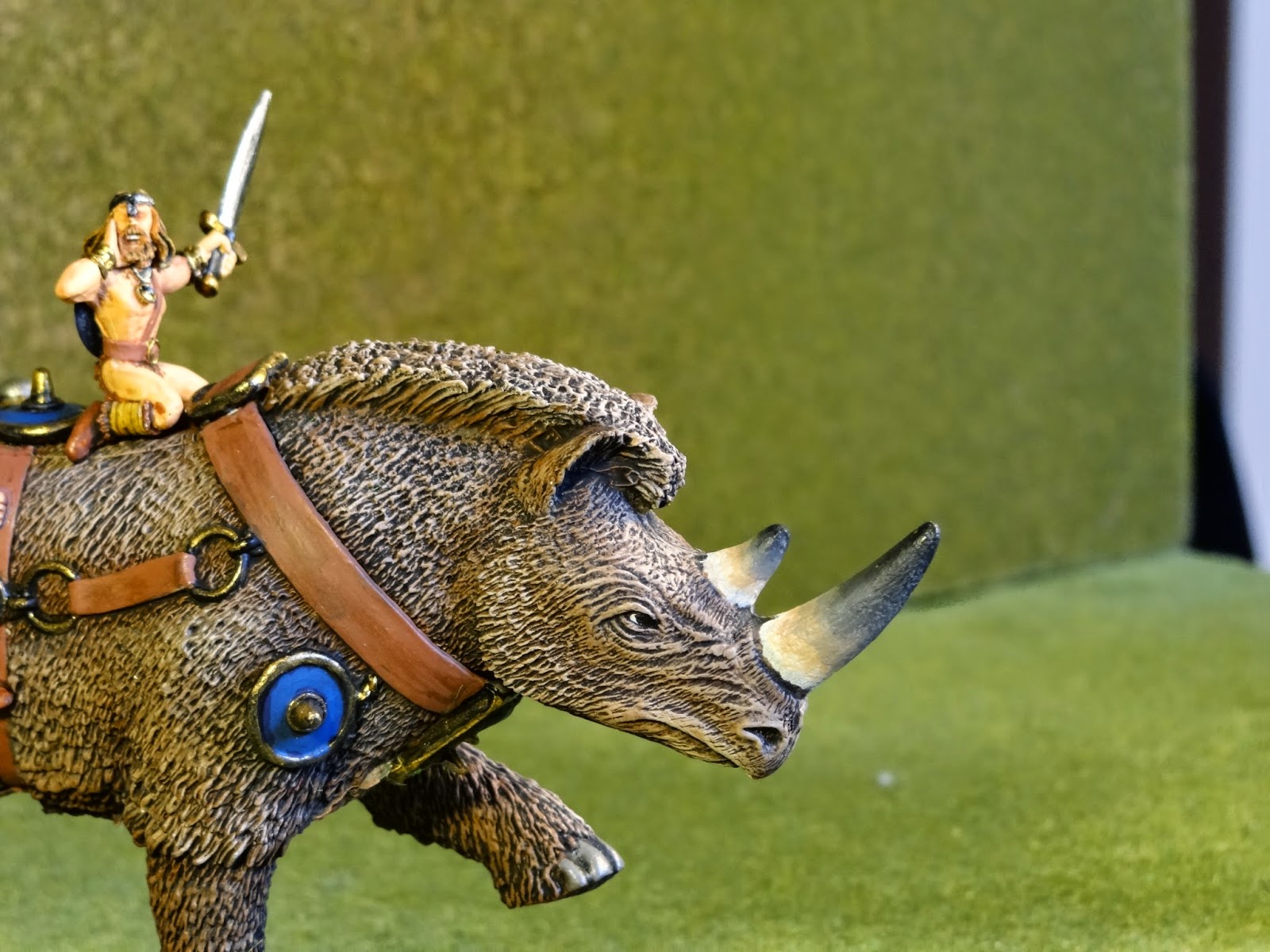 I have neglected my blog for some time, but hey, I'm back now! I promised a fantasy update, so here it is. Pictures of my latest painted miniatures.
As you can see, I painted a big rhino, crewed with some barbarians. It is a great model, originaly sculpted by the highly talented Mr Copplestone. Or at least I think he did. I bought this beauty from Mirliton, in Italy, but I believe it was first sold under Grenadier, probably late 80's or early 90's. It is probably the largest model I have ever painted, and most certainly the heaviest. It weights just under 1 kilo!
Here are more pictures. All pictures are clickable, for bigger size. 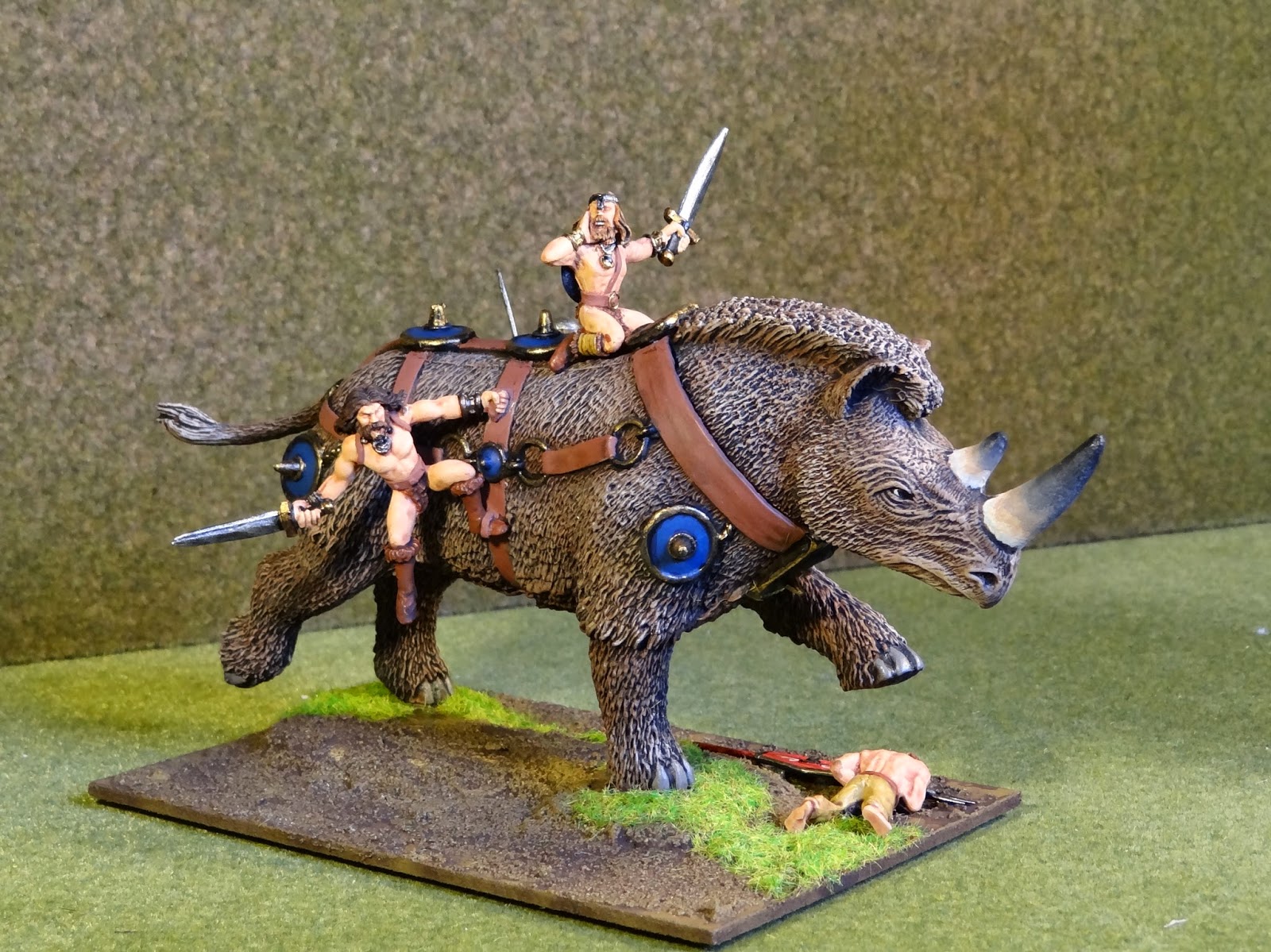 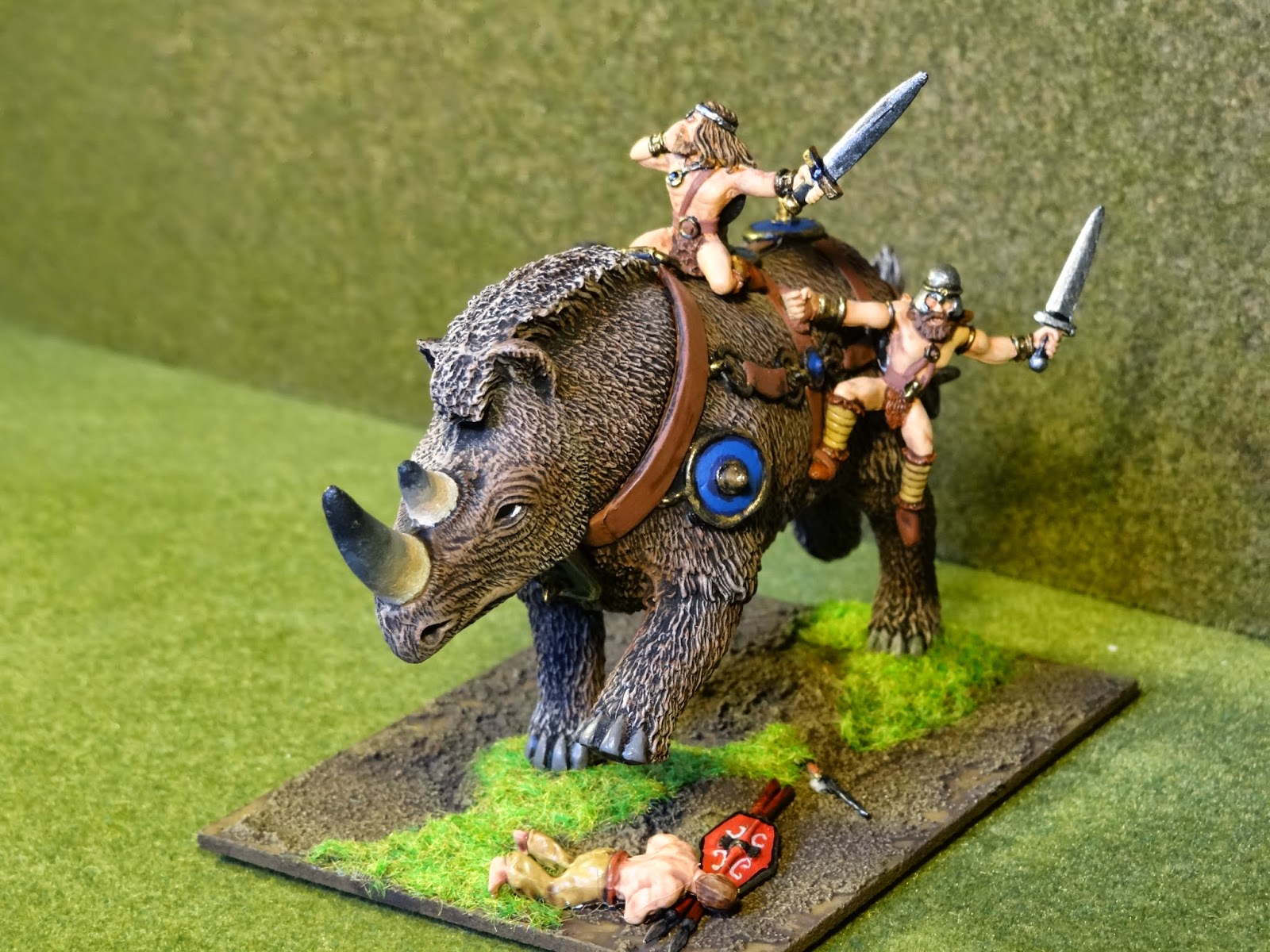 Except the big beastie, I also have aquired a small but nice unit of barbarians on foot. As it is fantasy, the weapons are extremely big. As they should be!
Also sculpts from Mr. Copplestone. 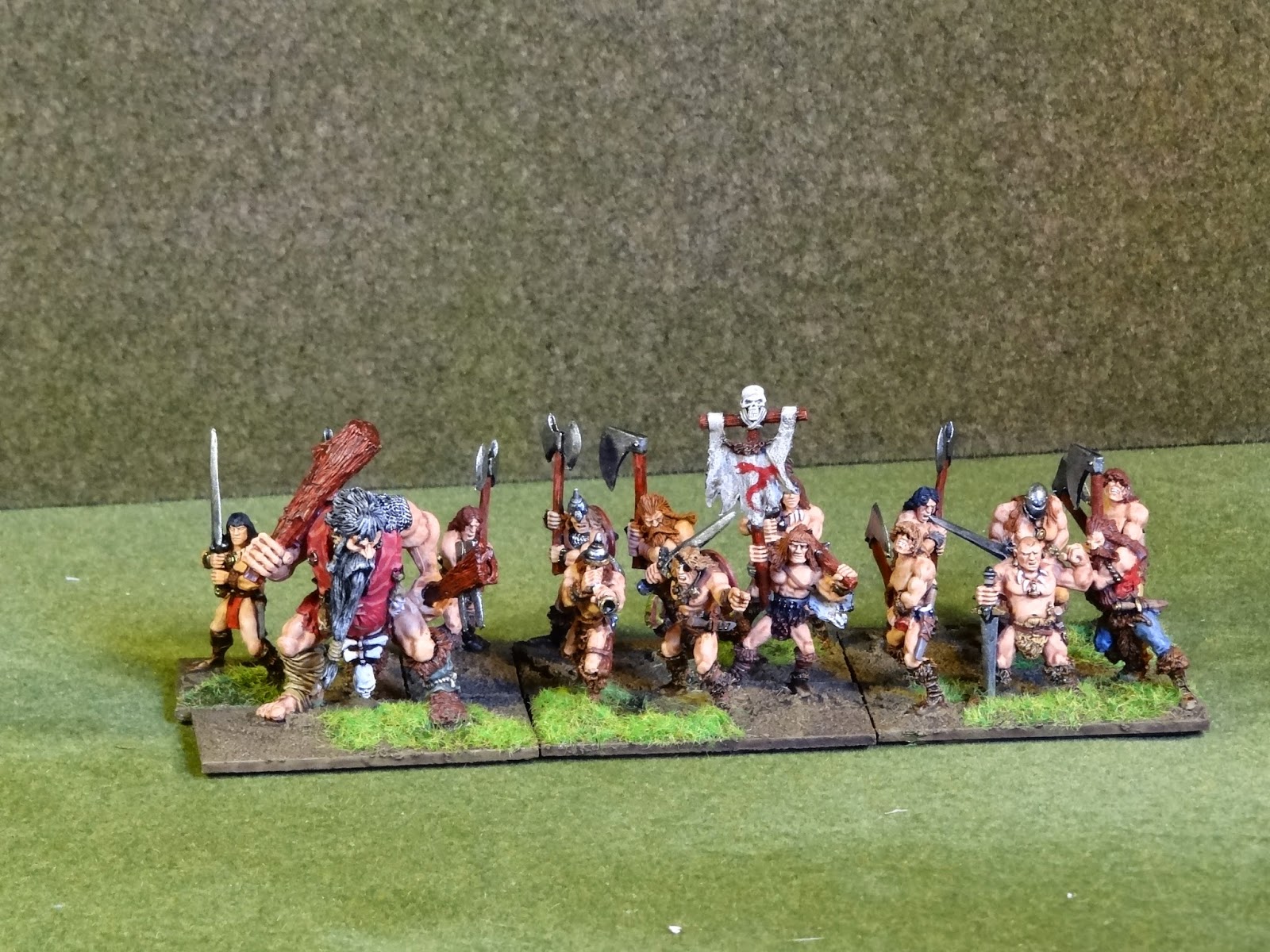 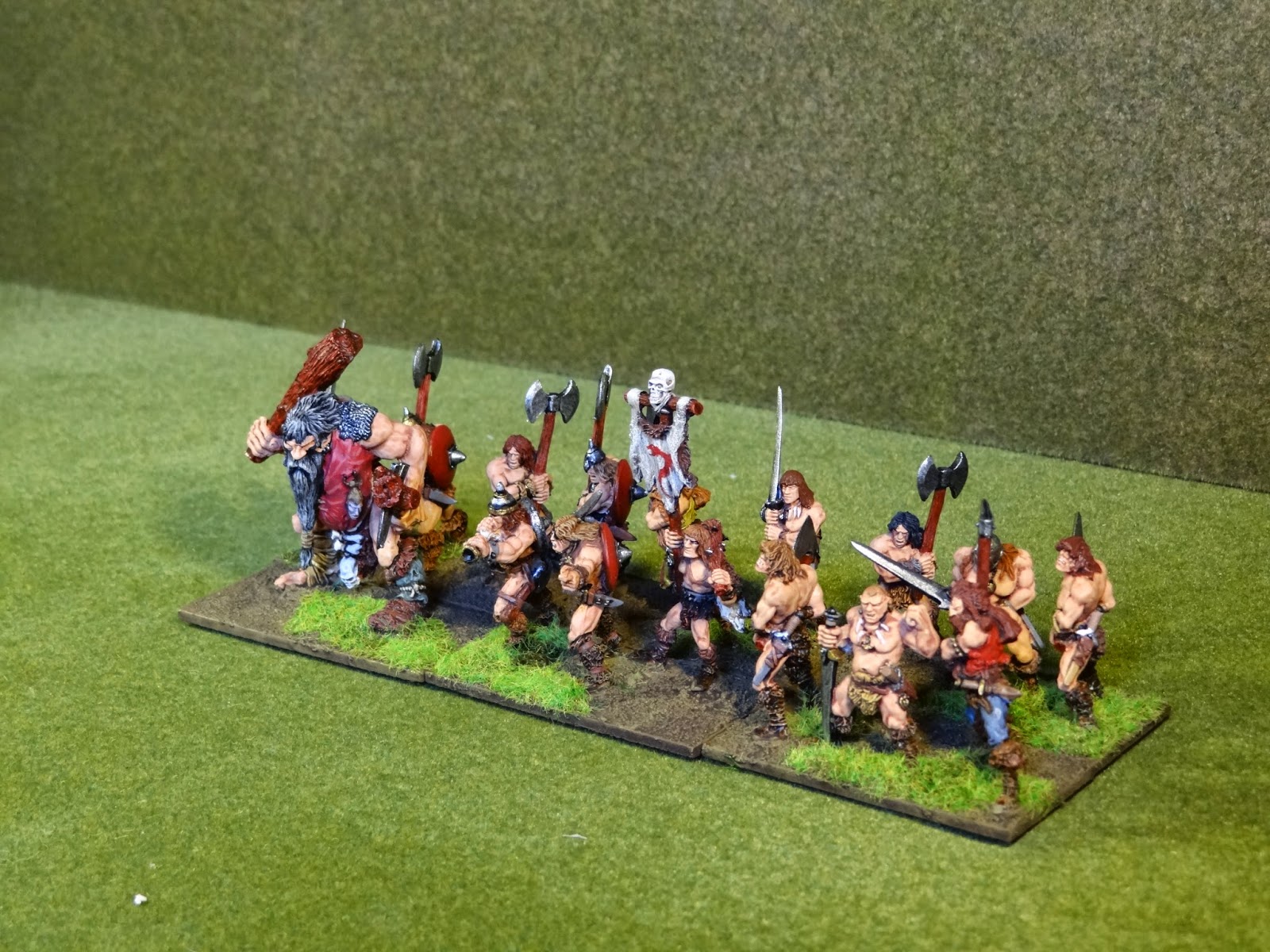 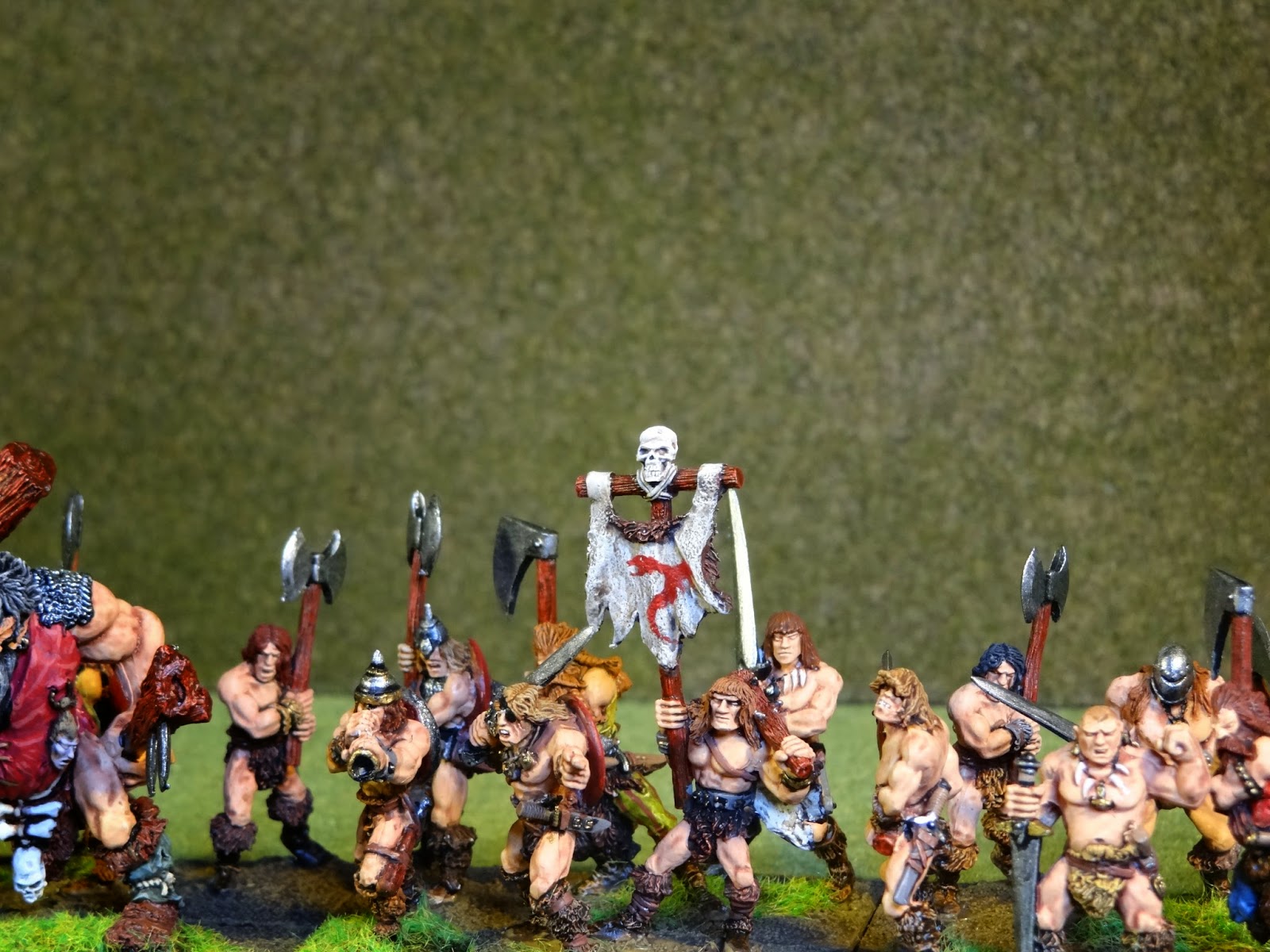 Especialy the giant has lots of details. I don't think the picture does justice to him. 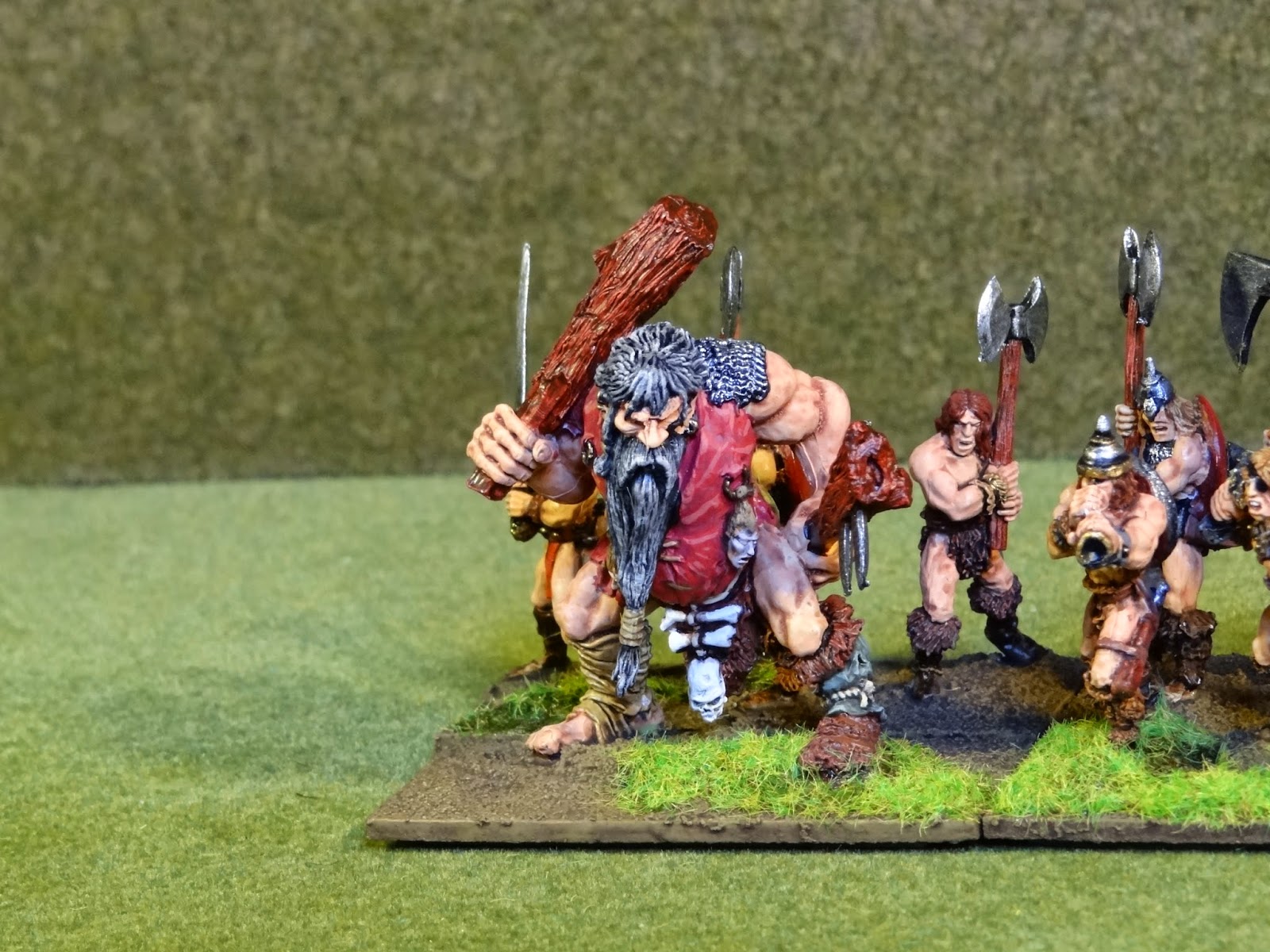 On top of that, I also painted the last plastic Gallic warriors I had. Only twelve of them, but now I can turn the 36 men unit into two 24 men units.
Most of them are Wargames Factory, with a few Warlord models. I didn't had enough heads for the Warlords, but had lots of spares from WF. They did not fit properly, so I filed off the neck joints, and now it is hard to see what I've done. 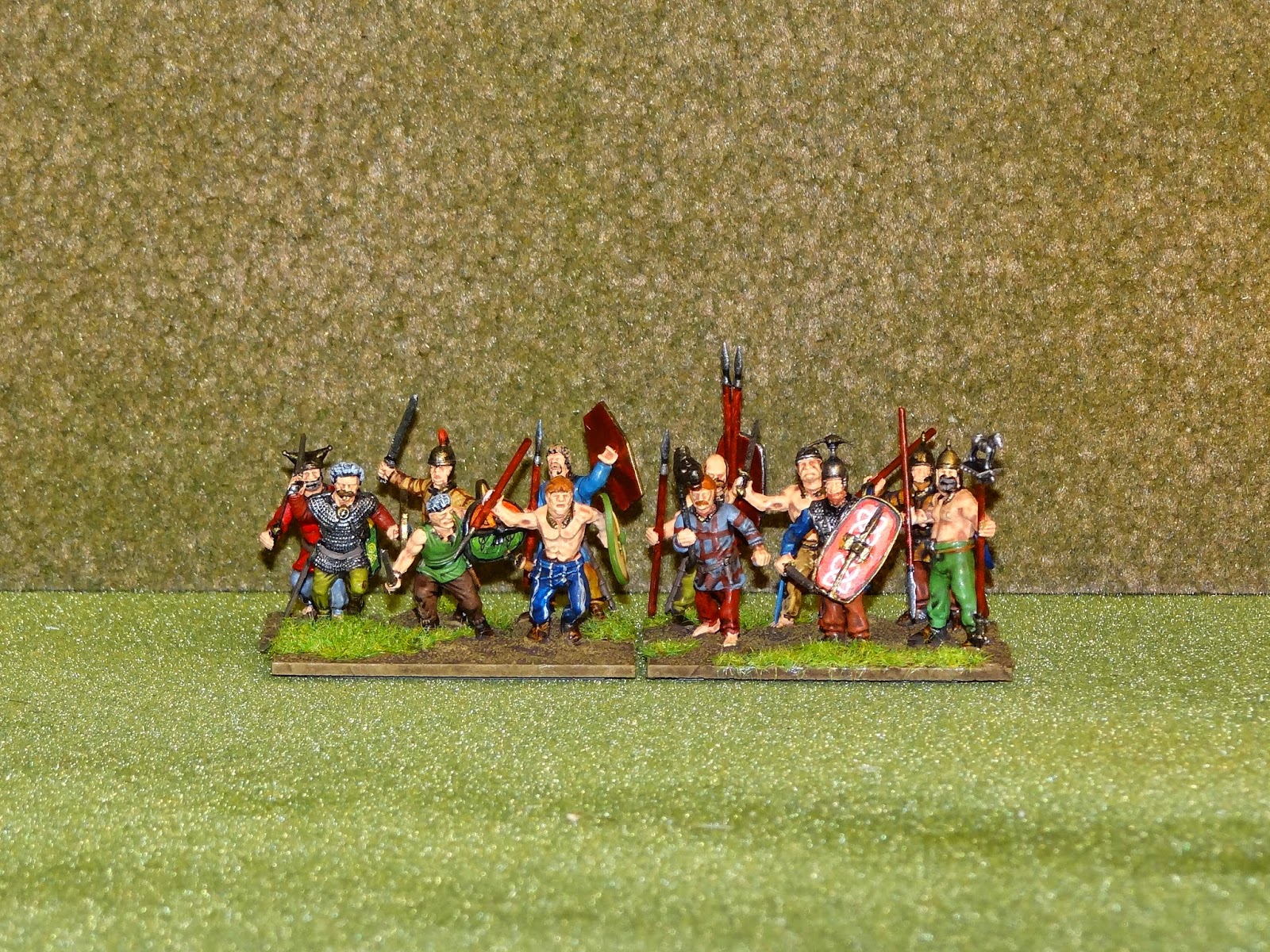 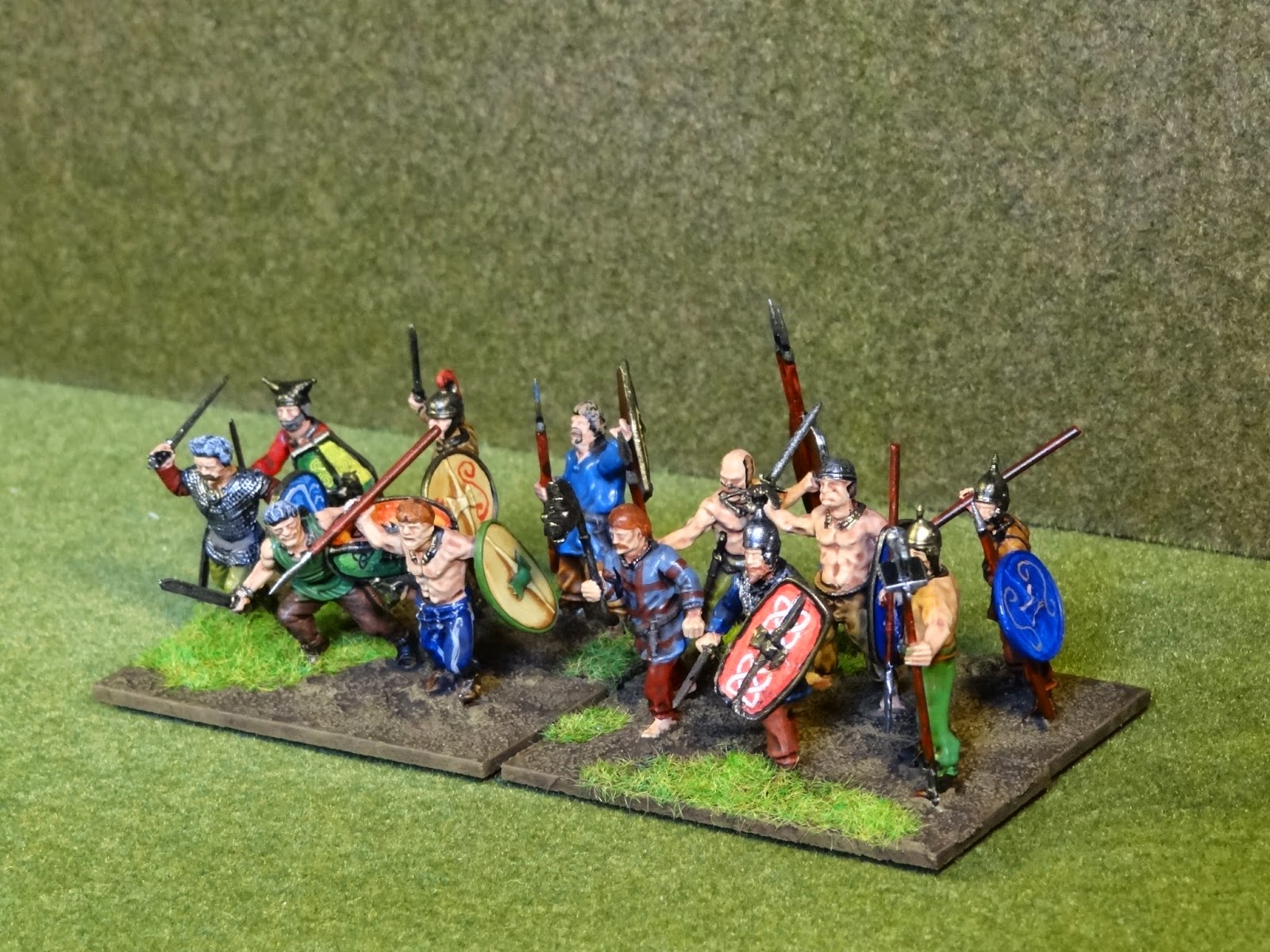 I now have 120 Gallic foot warriors and 3 chariots. Time for some cavalry maybe?

Next saturday is also Crisis weekend in Antwerp.
If you'v never heard if it, check http://www.tsoa.be/crisis_general.html
See you there?
Gepost door WimVdB op 15:09