As some of my friends know, I've been a wargamer for well over 30 years. And as most wargamers, I have collected a huge pile of wargaming stuff. While checking what I have lying around for years, I bumped into a hidden treasure.
Two boxes of 15mm Citadel Traveller miniatures. Each contains 20 figures, extremely well sculpted for the age they have! Being early 80's something, and being boxed for the most time of their life, the poor boys.
As I never play SF games anymore, they have to go. 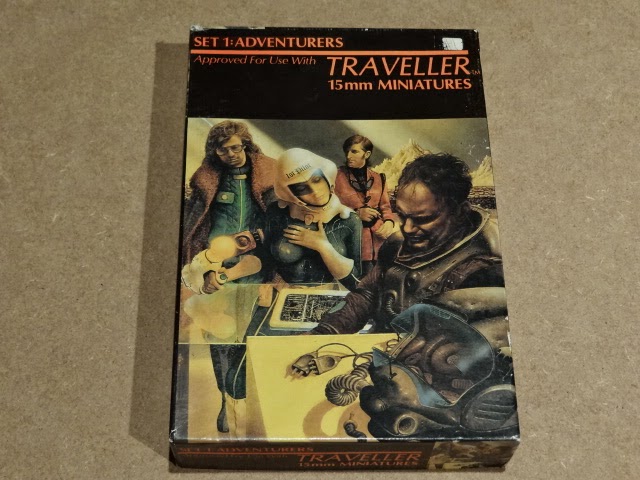 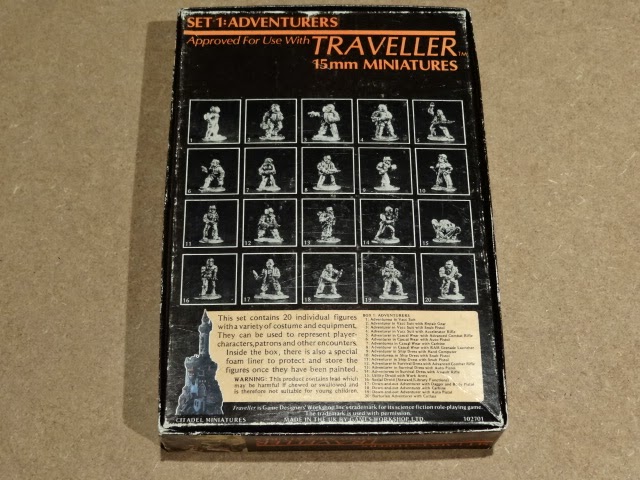 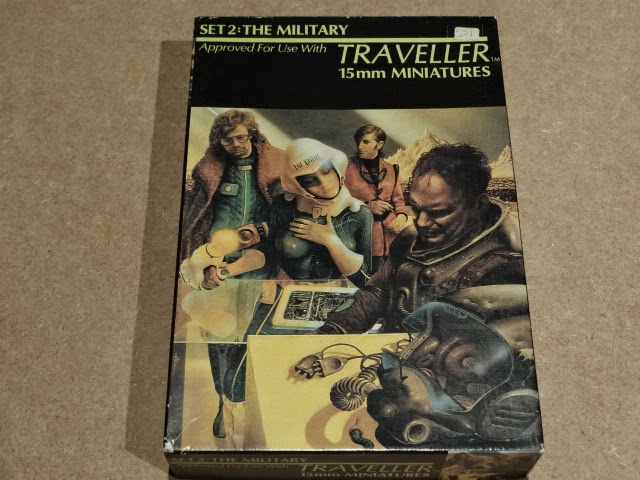 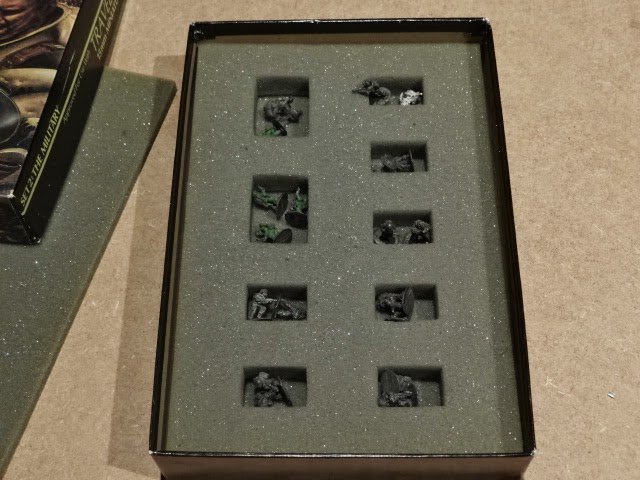 As you can see, unpainted, except for a little bit of colour on 4 figs in the Military box.

But wait, the real treasure is another boxed set.
I unearthed a box with a Ral Partha Elf Chariot (code 02-020) sculpted by the very talented Mr Tom Meier. It is a so called real 25mm, being early 80's. I've checked ebay and found one sold last august for £59.90. And it was damaged!
As you can see below, mine is in perfect and unpainted condition. 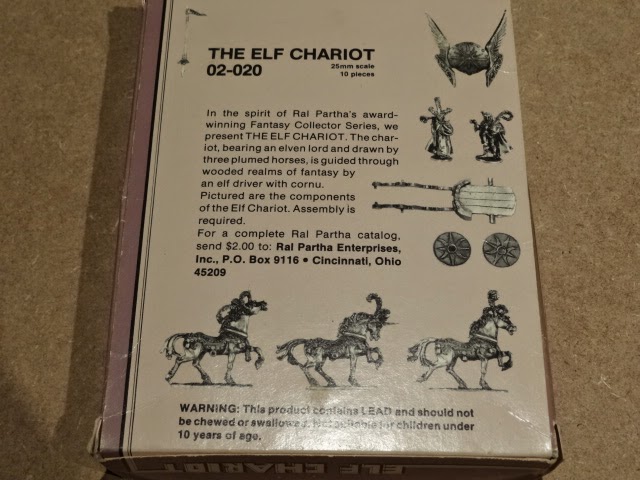 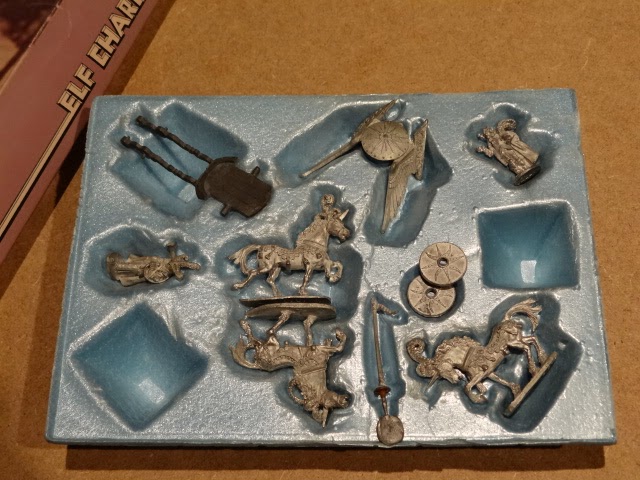 As I will never get it painted, it also has to go.
All will be sold at Crisis in Antwerp next weekend, or someone should contact me before next friday, wanting to buy it from me.

I also have a large box full of left-overs from different units and armies, who were lying around in several different boxes. It is over 2 kg of lead...

It is also a method of lowering the Lead Mountain (capitals...), and generate cash for ...more lead!
Am I a wargamer or what!
Gepost door WimVdB op 14:11