I want to show some pictures of my latest painting efforts now, all for my (currently) small Celtic horde.
I started painting about a year ago on them, and now think I can call them a little army.
The fresh troops are a 12 fig unit of cavalry. 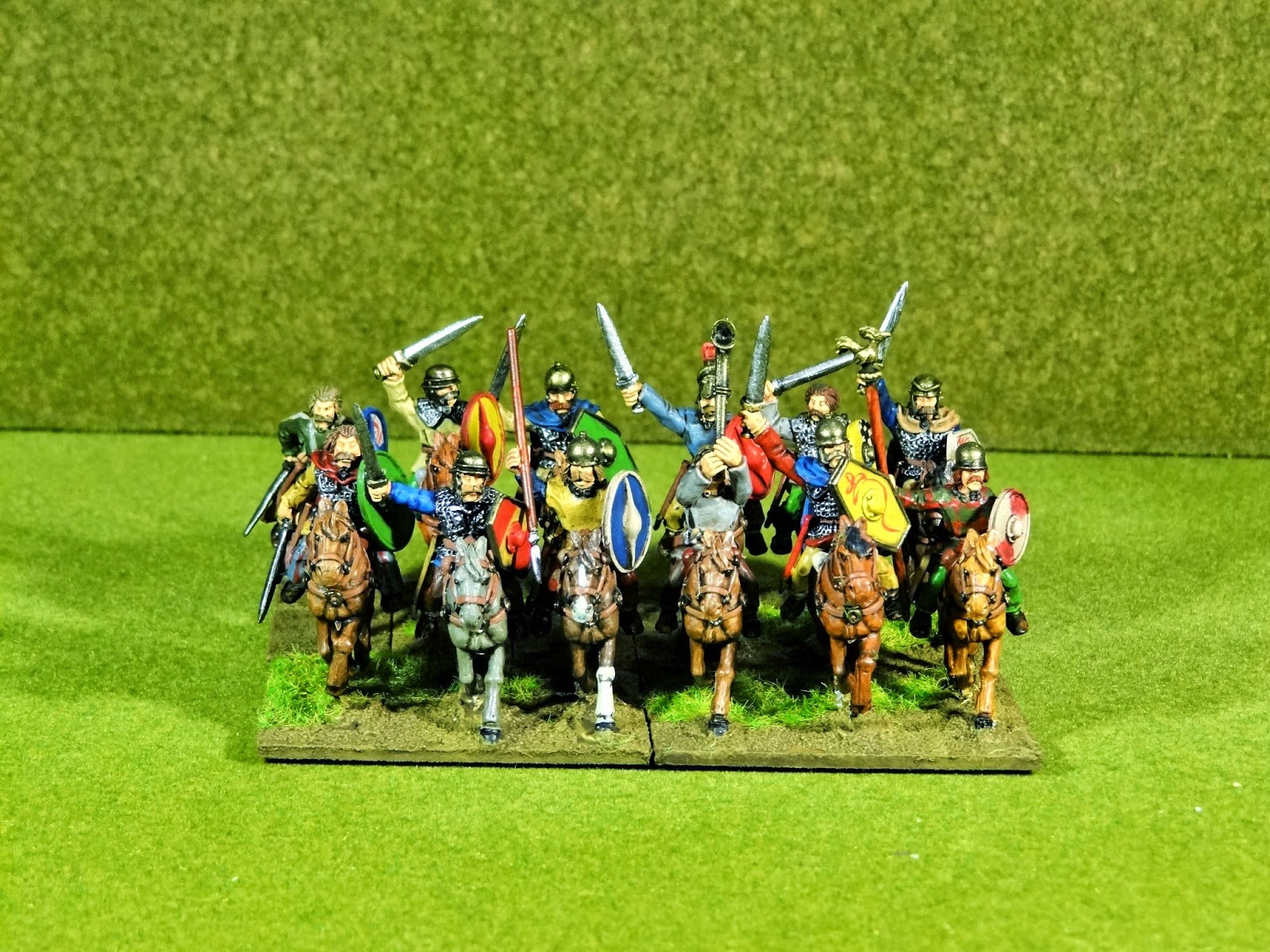 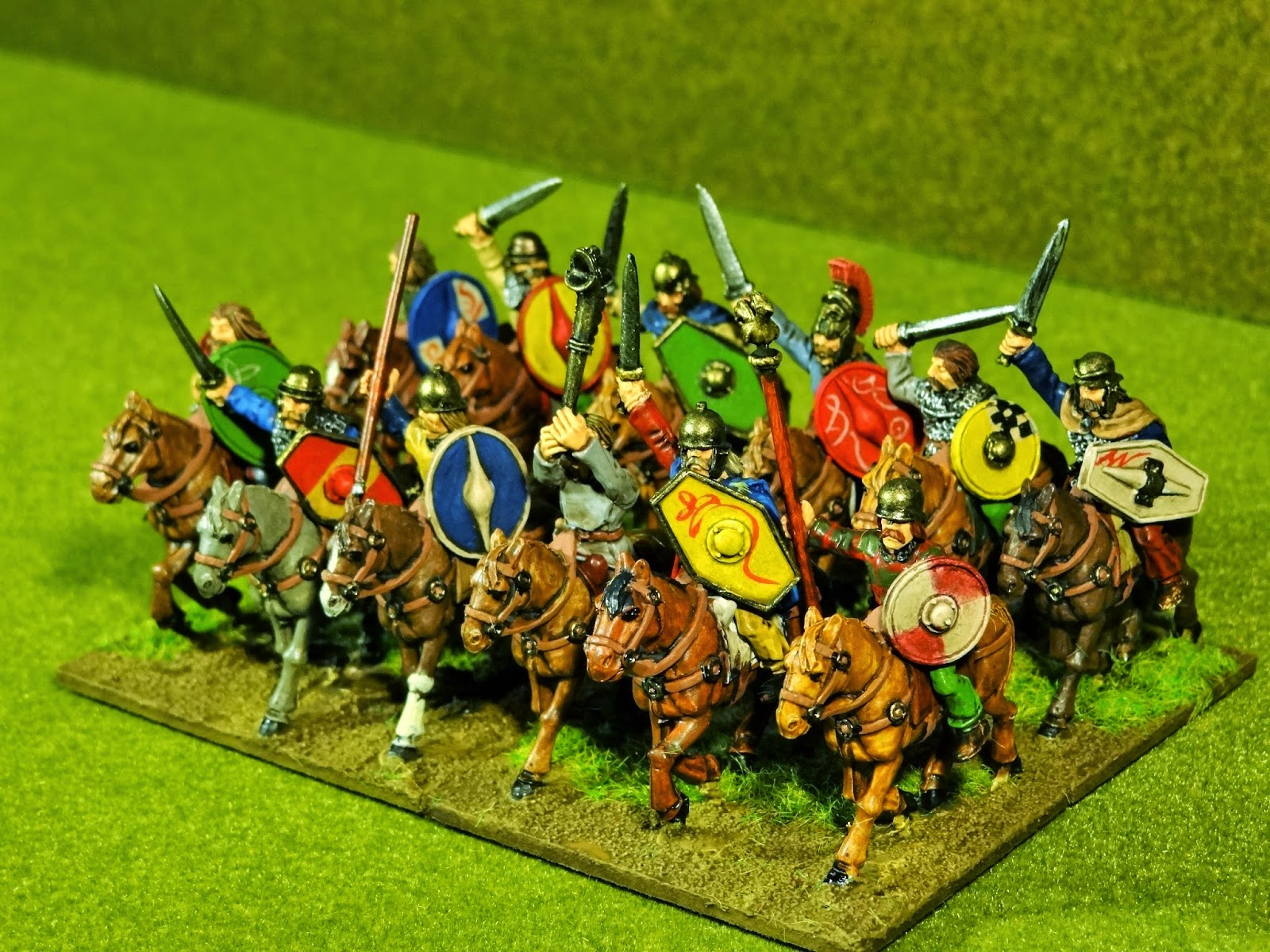 They come from the Gauls range of Wargames Foundry. They are a bit in the "huge hands & big heads" side of anatomy, but once painted they look great. Probably more to come.

Next is a king or general, being carried around on a shield. 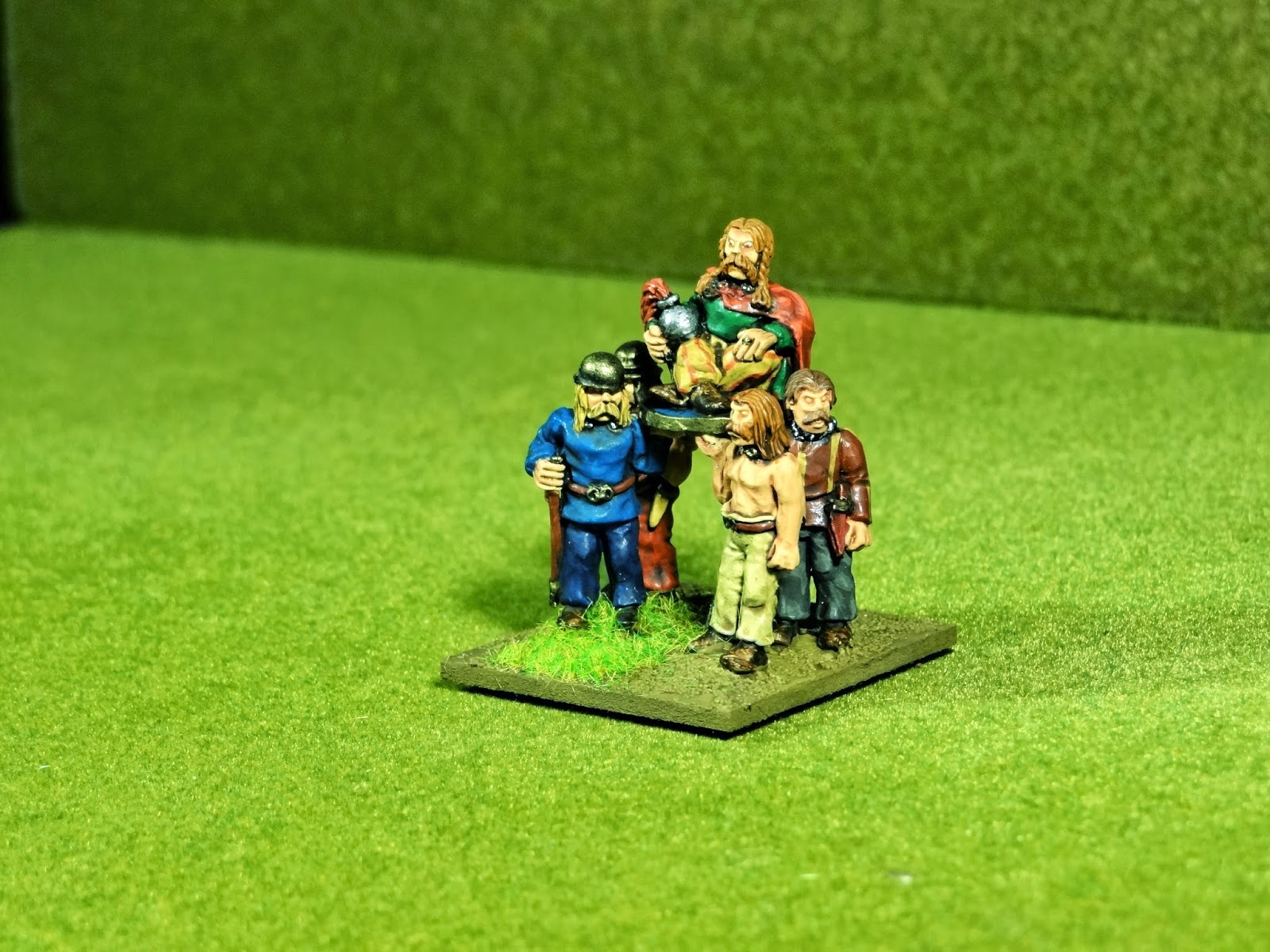 This nice model is from that same Gauls range from WF.

The last figure is a necessary: a Druid.
And a blood thirsty one it is! 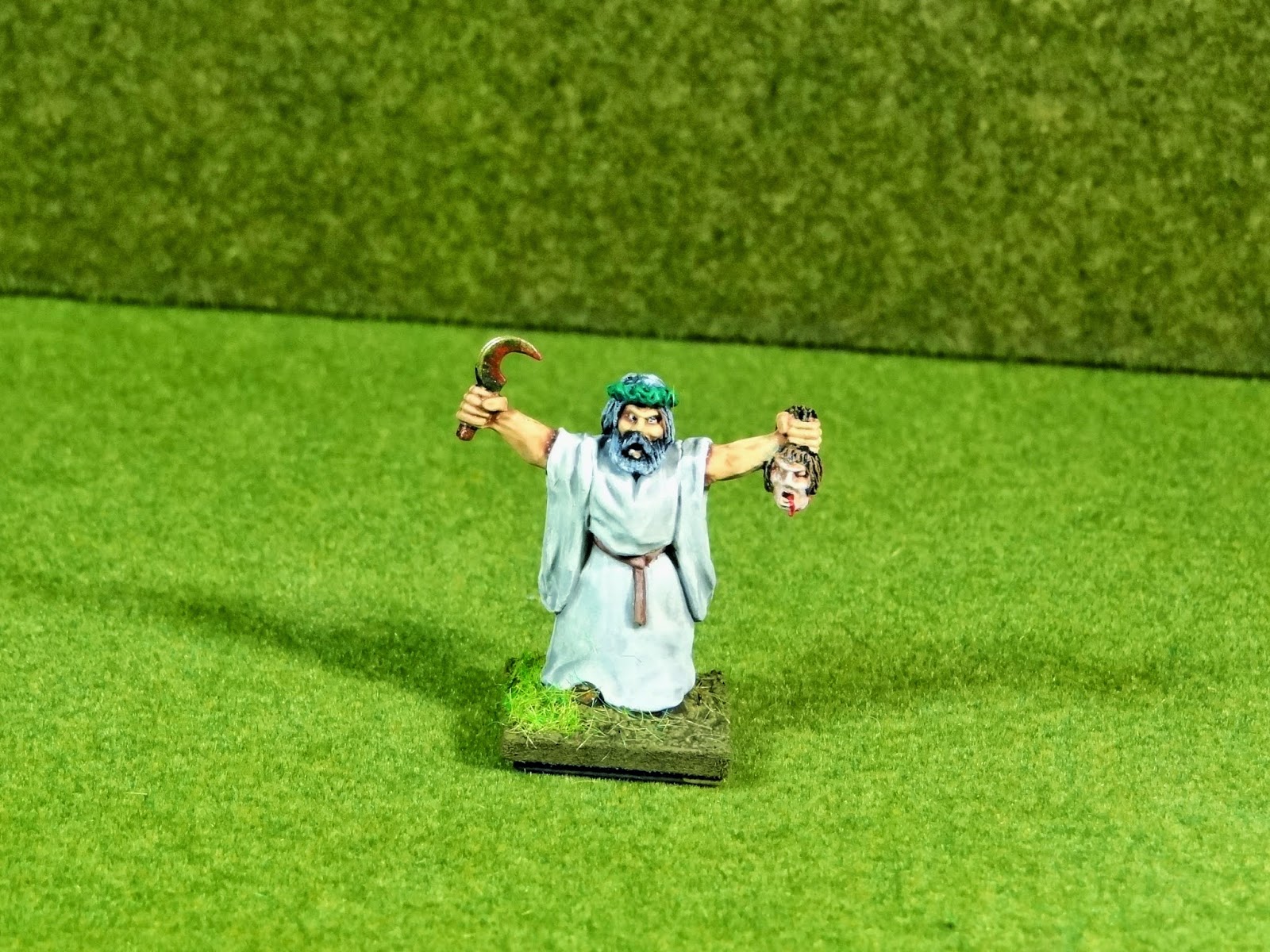 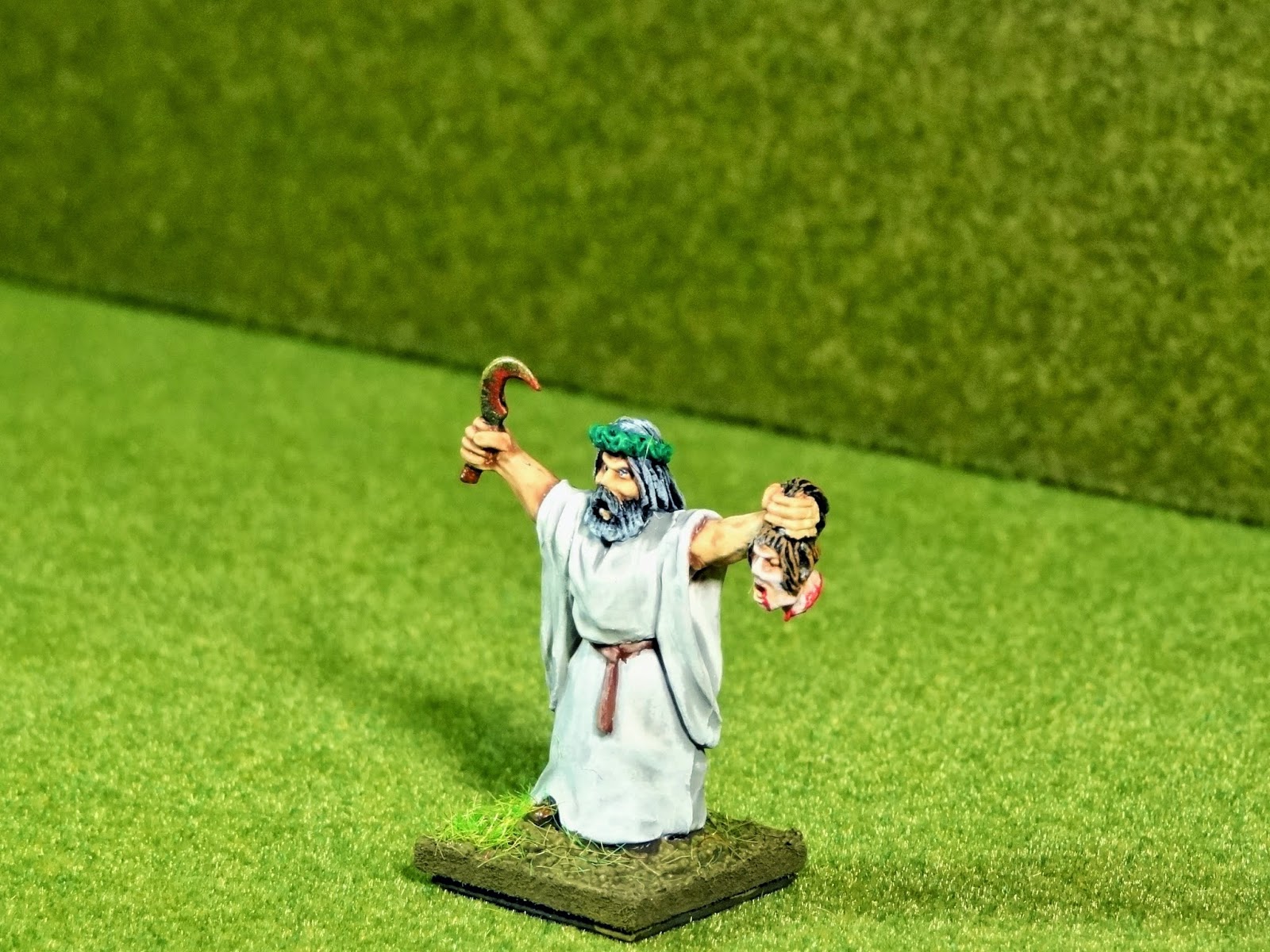 I'm currently on course to break my personal record in miniatures painting this year. If I can keep up to this speed, it must be possible!
Gepost door WimVdB op 14:11