Probably my last posting for 2014.

I'm still trying to paint as much as possible before the year is gone. But I am a bit struggling with it for some time now. My discipline is waining, I guess. Am I getting into a painting block? I hope not! Still so much to do.

But I did manage to paint a few figures since last time!
They are all for my ancient Greek armies, on which I started working a long tiem ago, well before I started this blog. I think it is about time these armies are ready. (If wargame armies are ever ready). I now have over 500 (closer to 600) ancient Greeks painted and ready for battle. That is far more then planned when I started painting them.
First are the last of my psiloi, more then I will ever need (I think). 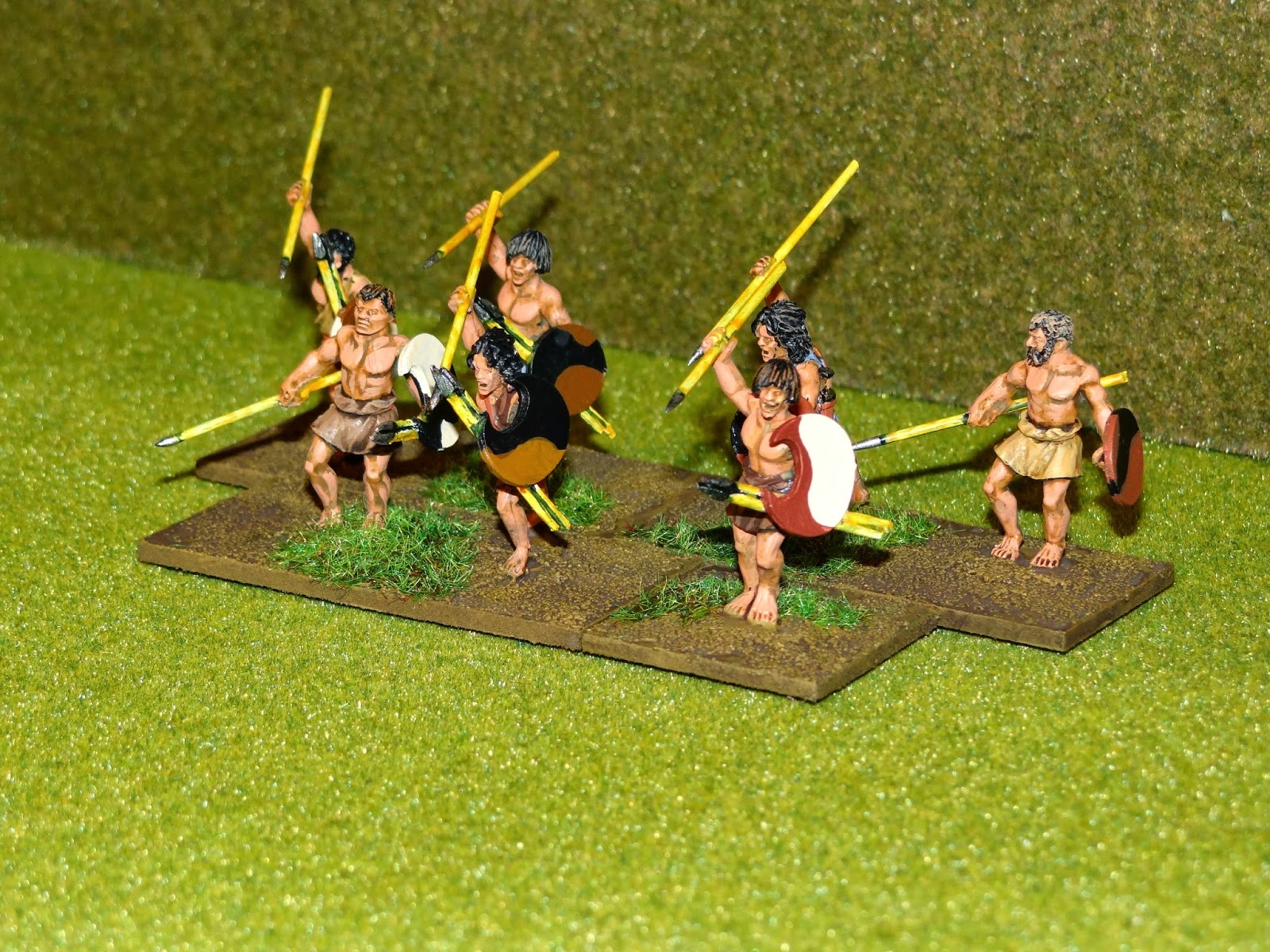 The models are Steve Saleh sculpts, from his own Lucid Eye Miniatures. Which apearantly does not exist enymore. Which is a pitty I think. Most of my Greek miniatures are sculpted by Steve, for Wargames Foundry, but these are probably his best until now. I heard rumours he is now working for Warlord Games. We'll see what that brings. 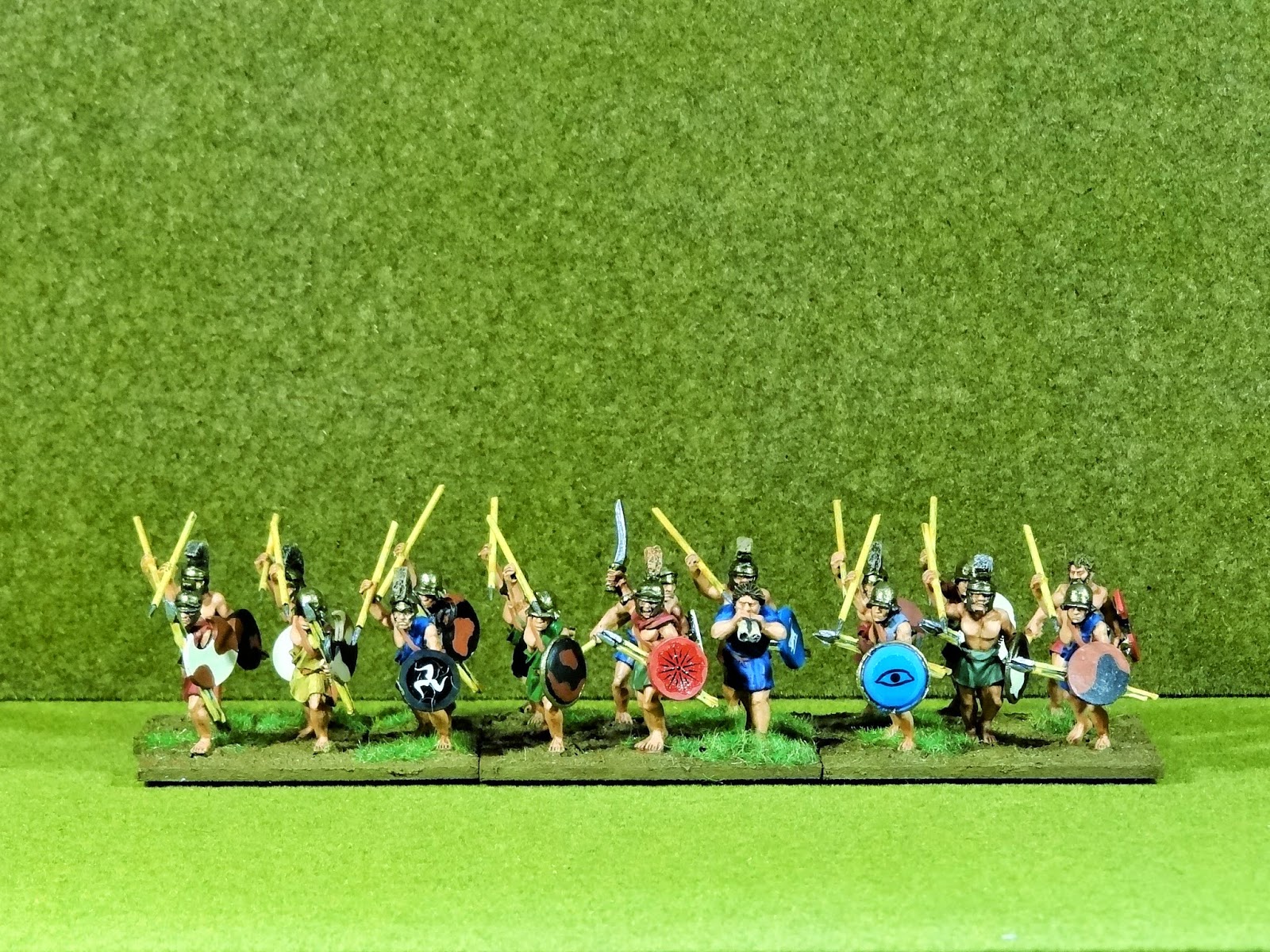 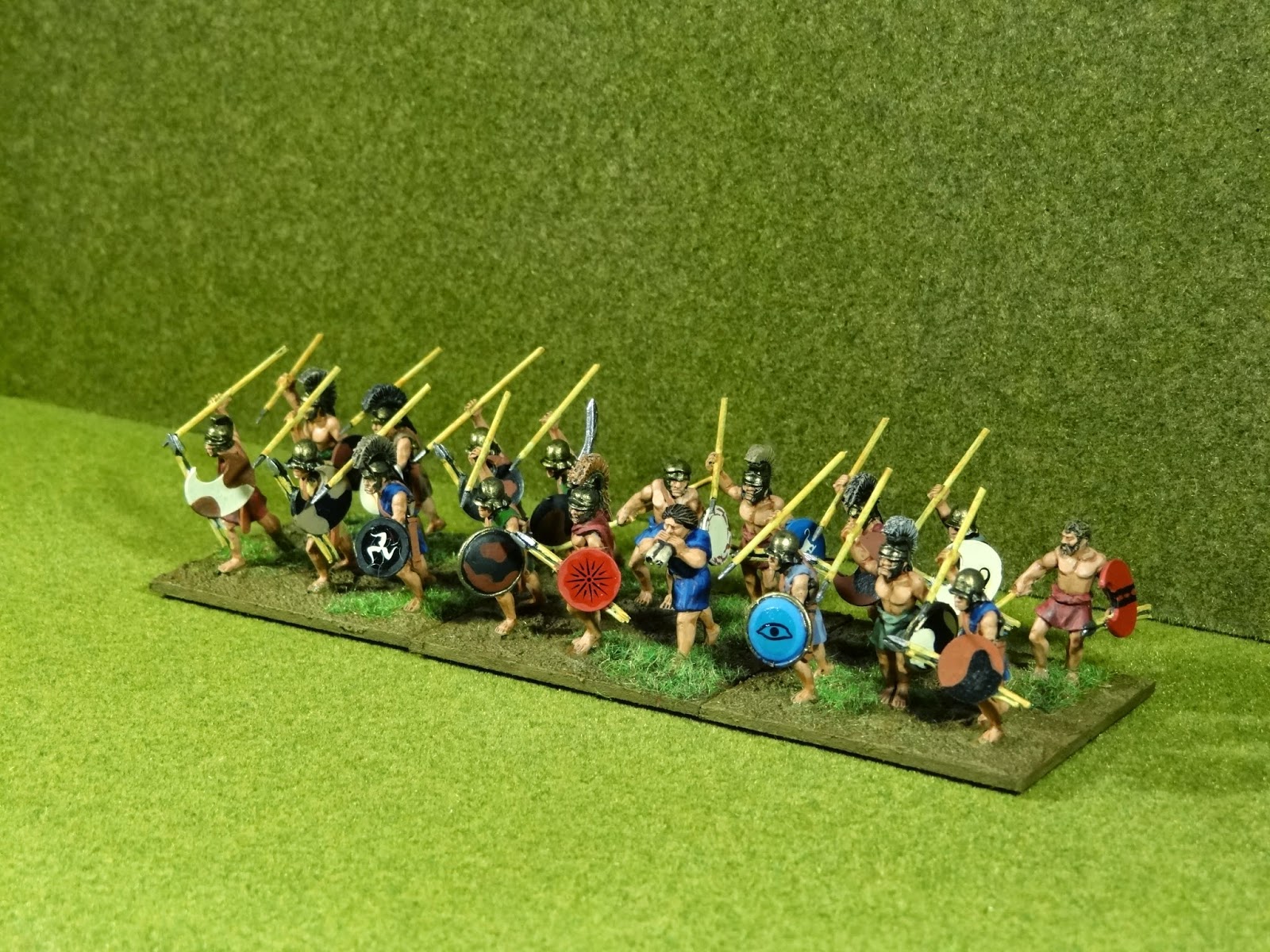 A unit of Greek peltasts. Yes, more Lucid Eye miniatures from Steve! In fact, I bought them together with the psiloi in a unit box. There is one model, not sculpted by Steve, and that is the musician. He is from a pack of musicians I once bought from Vendel Miniatures. Which is already many years out of business. 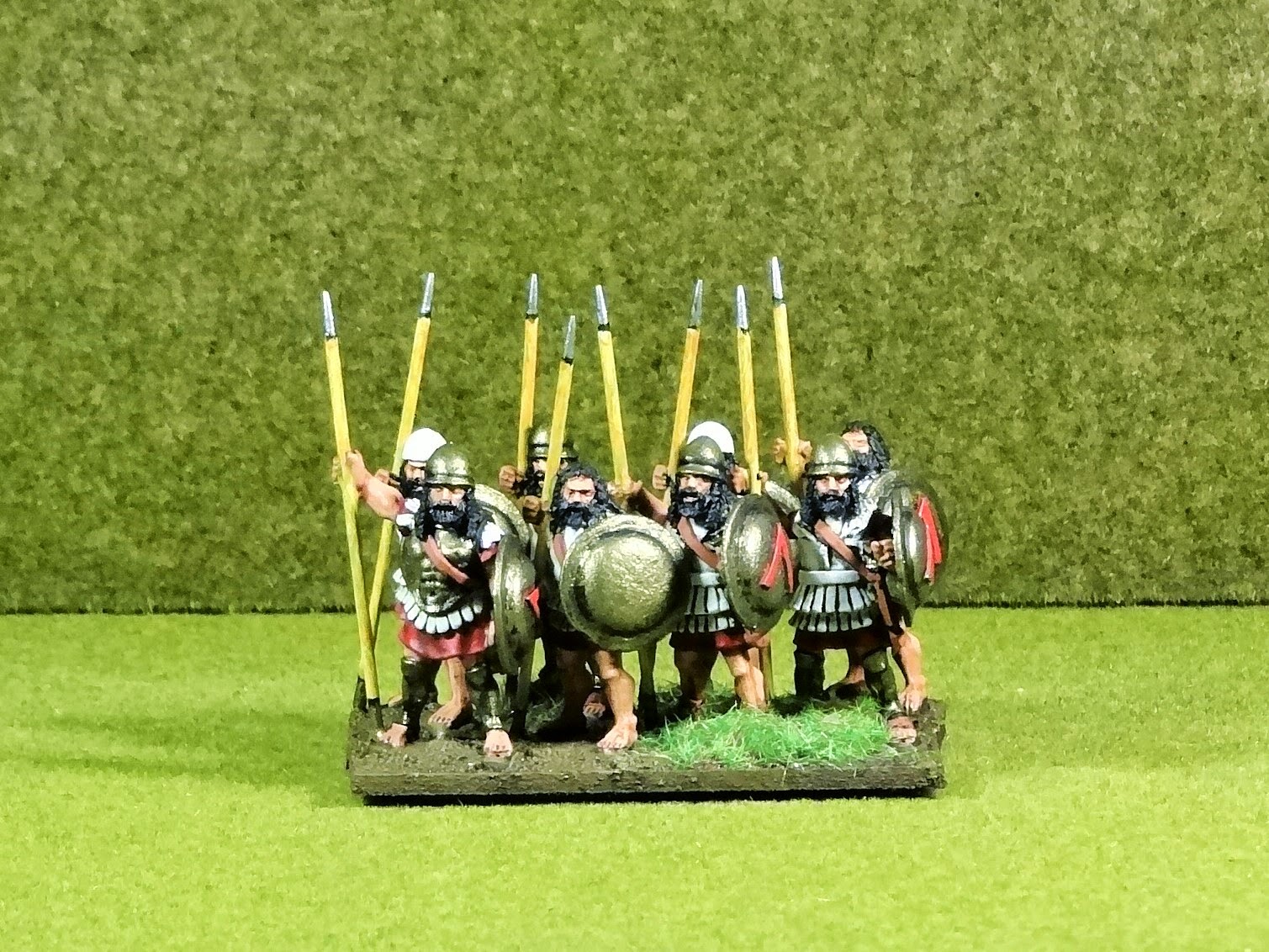 And yet more of Steve Saleh's sculpts! This time Foundry Spartan hoplites. I still had one blister to paint, so I did. I now have 3 units of 36 Spartan hoplites, and that must be enough. If you consider how may points these fellows cost in most game systems. I also have a spare command base, so can form 4 units of 24 if I wish.

I'm still trying to have a few more finished before the turning of the year, but I don't think I will make it. So those will probably be the first for 2015. And the last of the ancient Greeks.
I will make some pictures of the whole Greek army as soon as they are ready.

Untill the, I wish you all Happy New Year! (Christmas is gone already...)
See you next year!
Gepost door WimVdB op 14:49