Happy new year to you all! Again a year has come and gone.
Painting wise it was a very good one for me, painted 265 figures, all 28mm. Gaming was a bit less.
I started 2015 with a loss in my first game of the year. Warhammer Fantasy Battle, 5th ed. yes, we are playing those again, almost 20 years old.
Plans for 2015? Again too much to get done in a year. But probably start painting 15mm again! Now that is something I haven't done in years., But I have so many...

I had a few extra days off around the turning of the year, but hardly any painting done. Don't we all have too much to do? 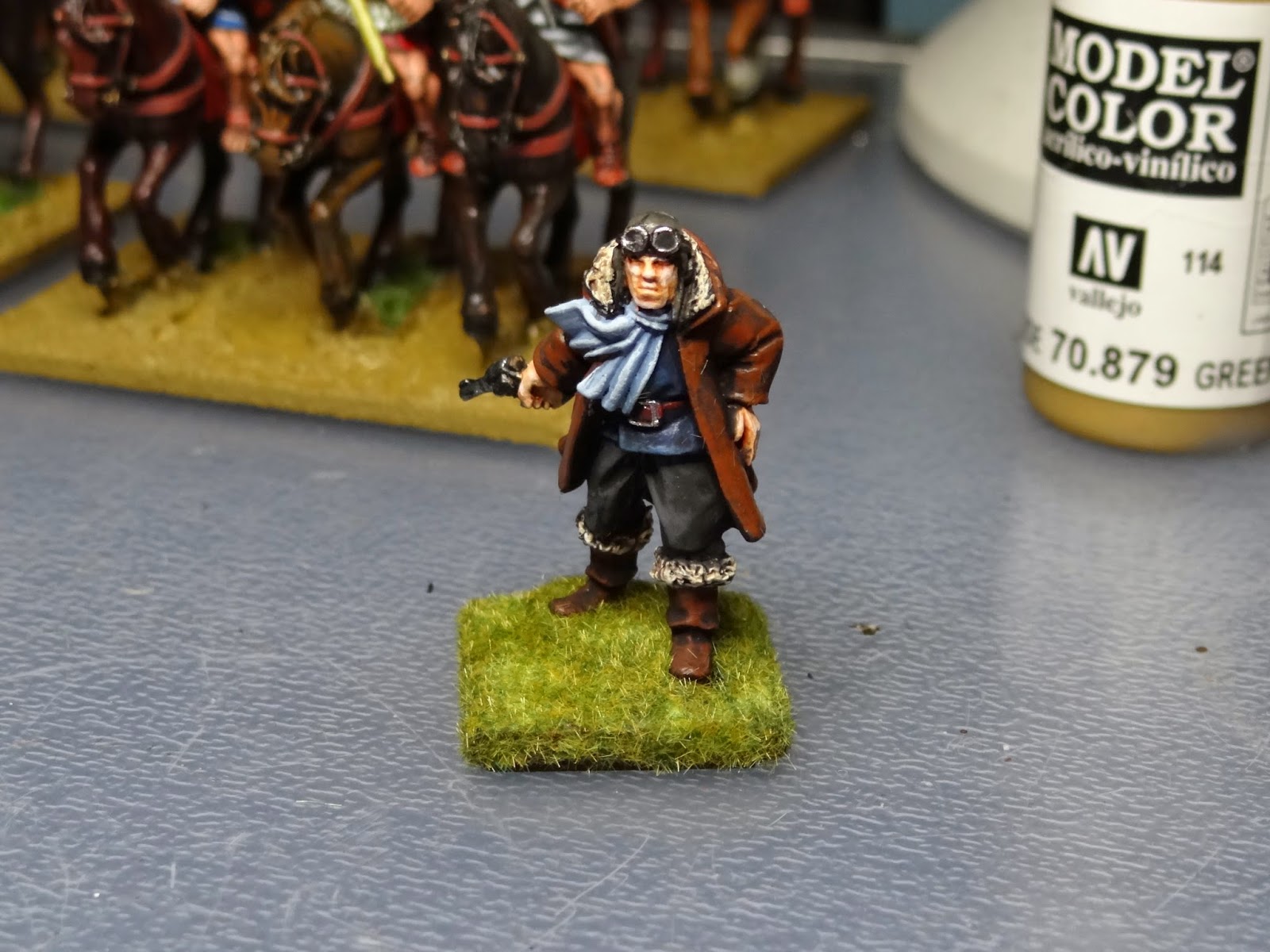 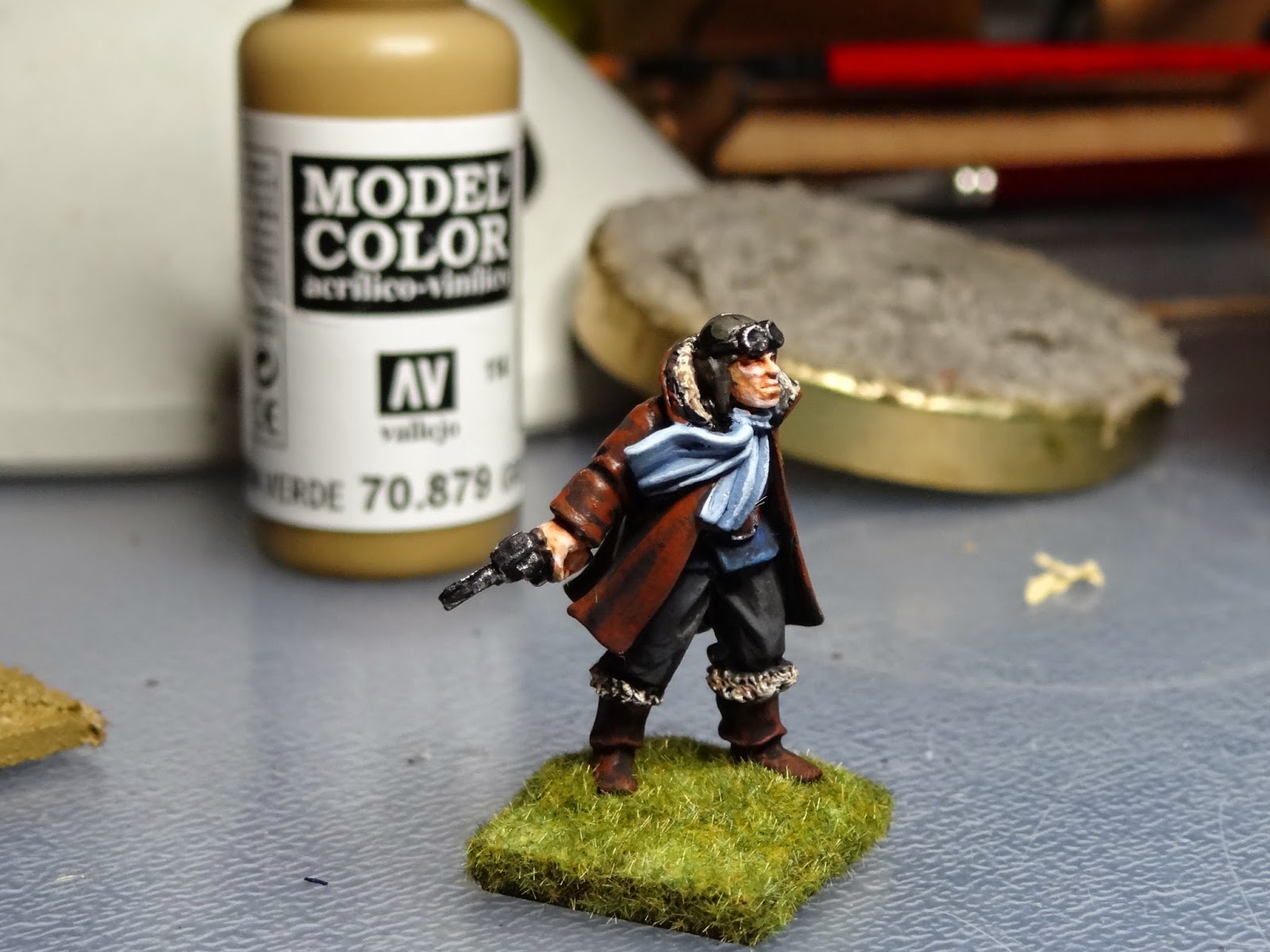 Lovely sculpt, looking at it, I think it is from Mark Owen, famous from Artizan Miniatures, but I have no idea where it comes from. It is not in the Artizan catalogue, and was in my "collectibles" box.
The model will be used shortly in a WW1 scenario.

In the background you can see part of my ancient Greek cavalry. I'm rebasing them, something I'm not realy fond of,
I only had 12, but they are reinforced by another 8 I have just painted. They wil get there own update when the bases are ready.
Gepost door WimVdB op 14:27