I'm back again, with more pictures of painted miniatures.
These were only recently painted. All are Perry Miniatures.

First pictures are the Orange-Nassau regiment, consisting of two battalions. The first battalion is considered "large" in Black Powder terms, the second battalion is standard sized.
In real life the batalions had 893 (1st) and 688 (2nd) men before any fighting started. 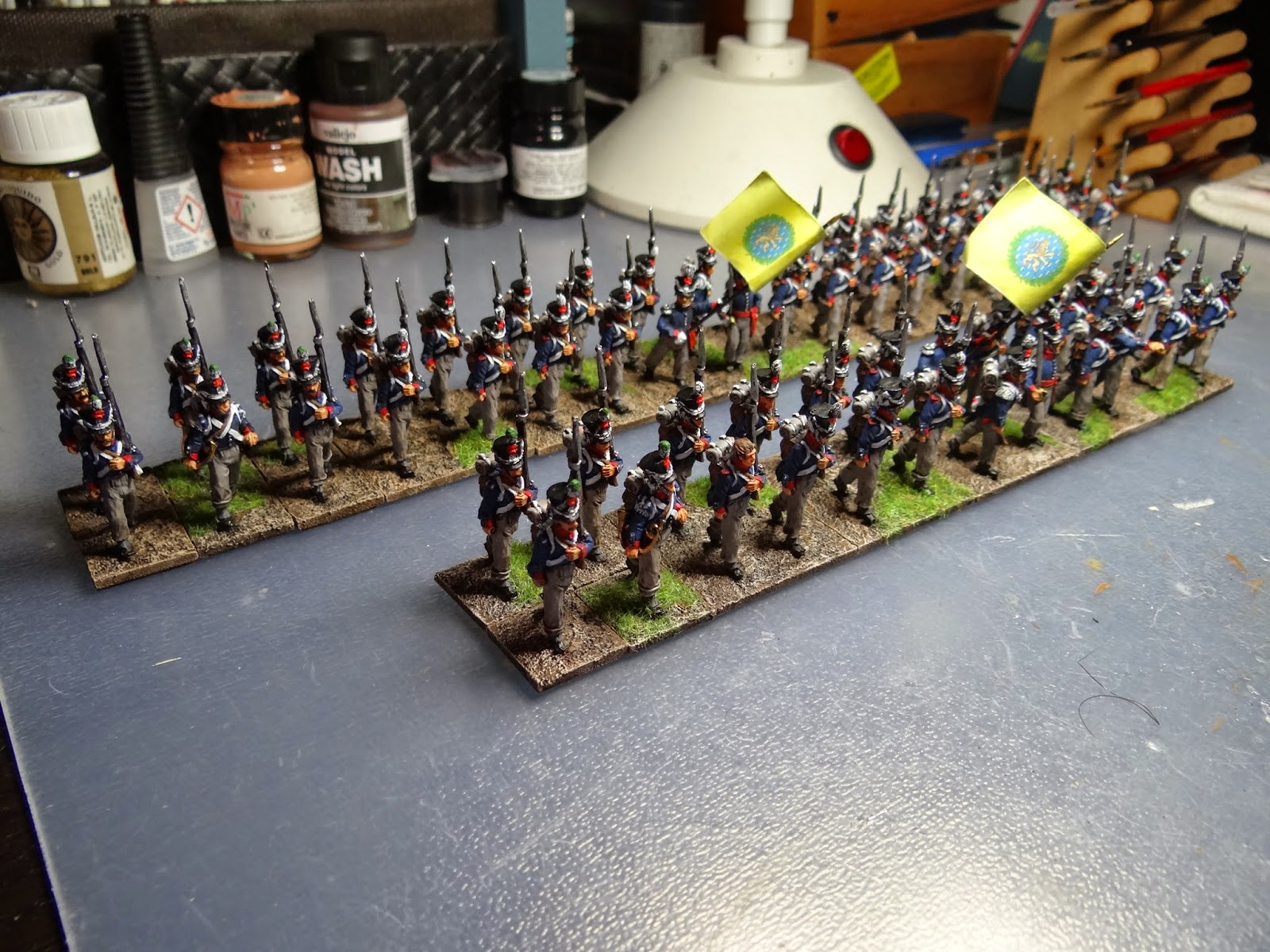 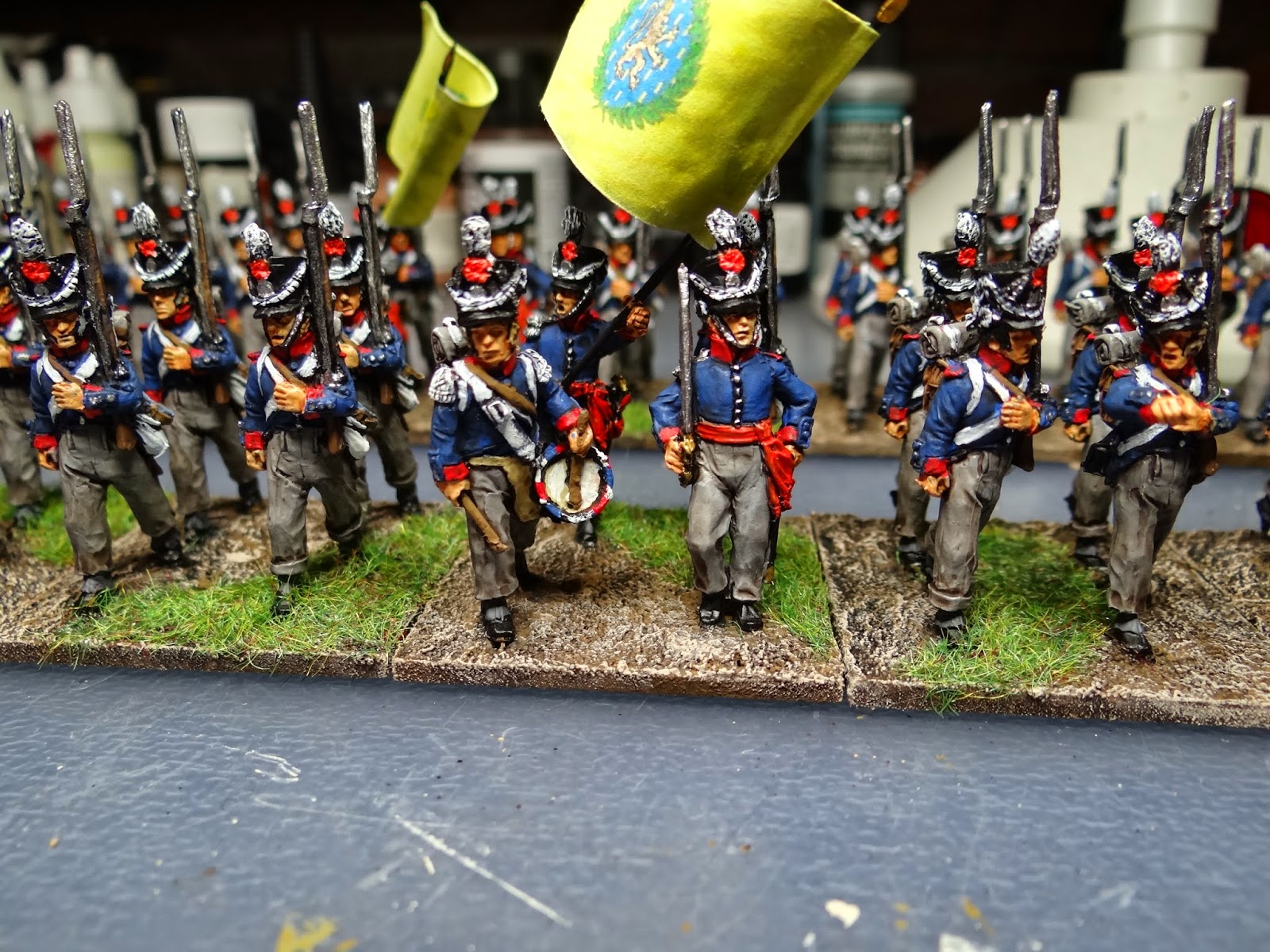 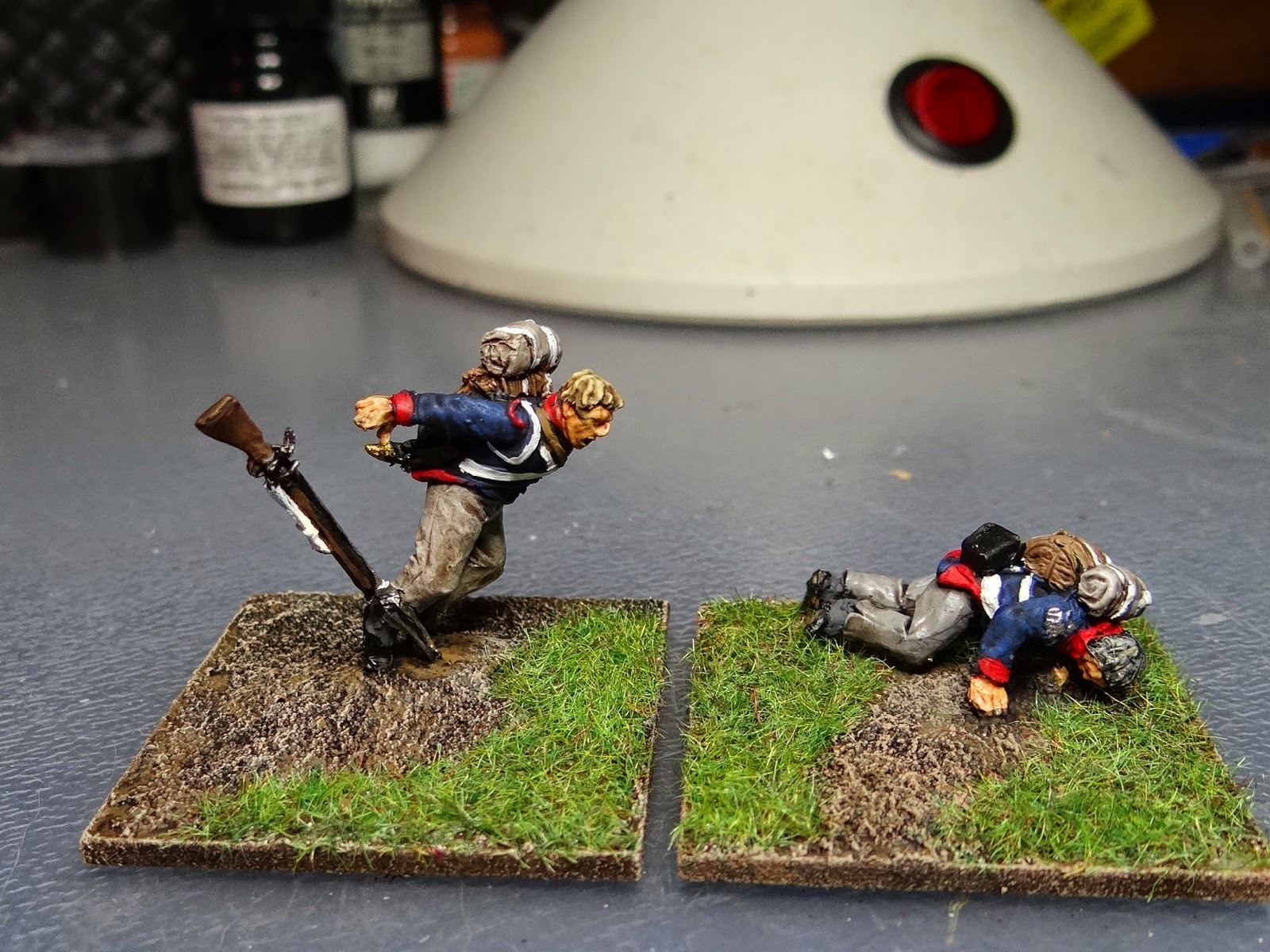 Last weekend I also painted a high command stand for the Dutch-Belgians.
It is general de Perponcher-Sedlnitzk and General Baron de Constant Rebecque. Perponcher is the one holding the map, while Constant Rebecque is pointing to were the enemy is coming forming line. In the rear you can see an ADC handing over orders to a mounted guide. Another guide is holding one of the generals horse. 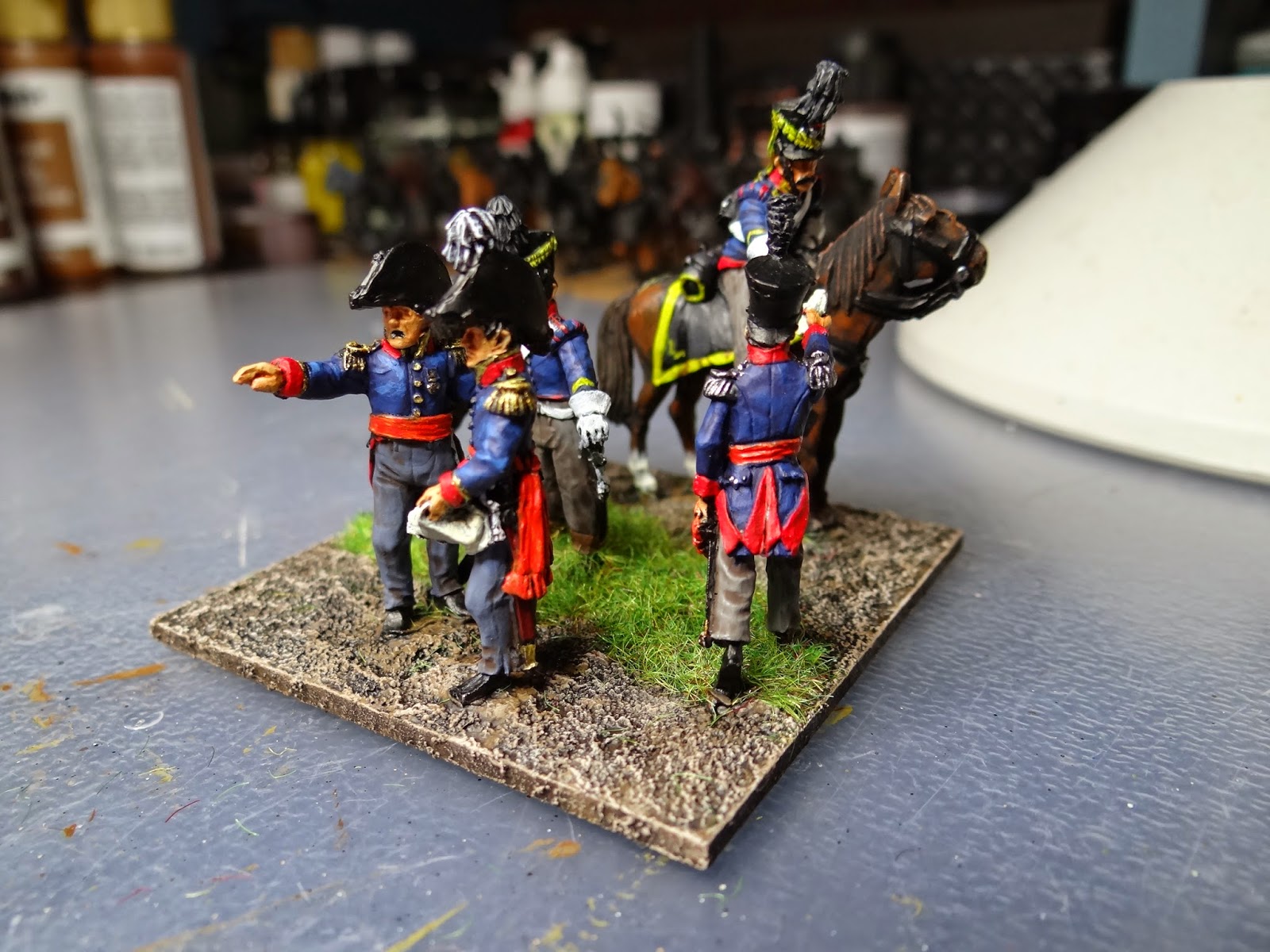 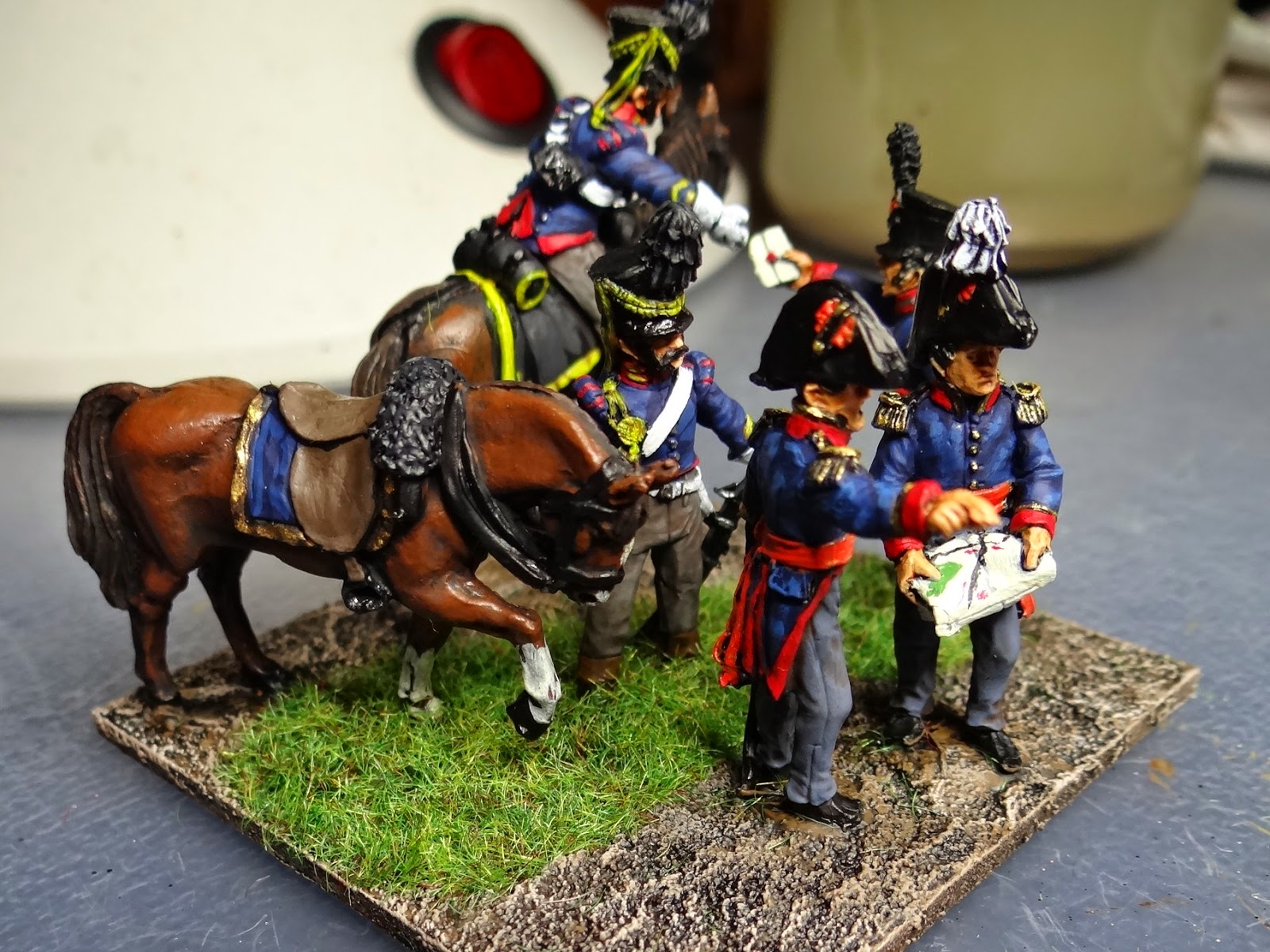 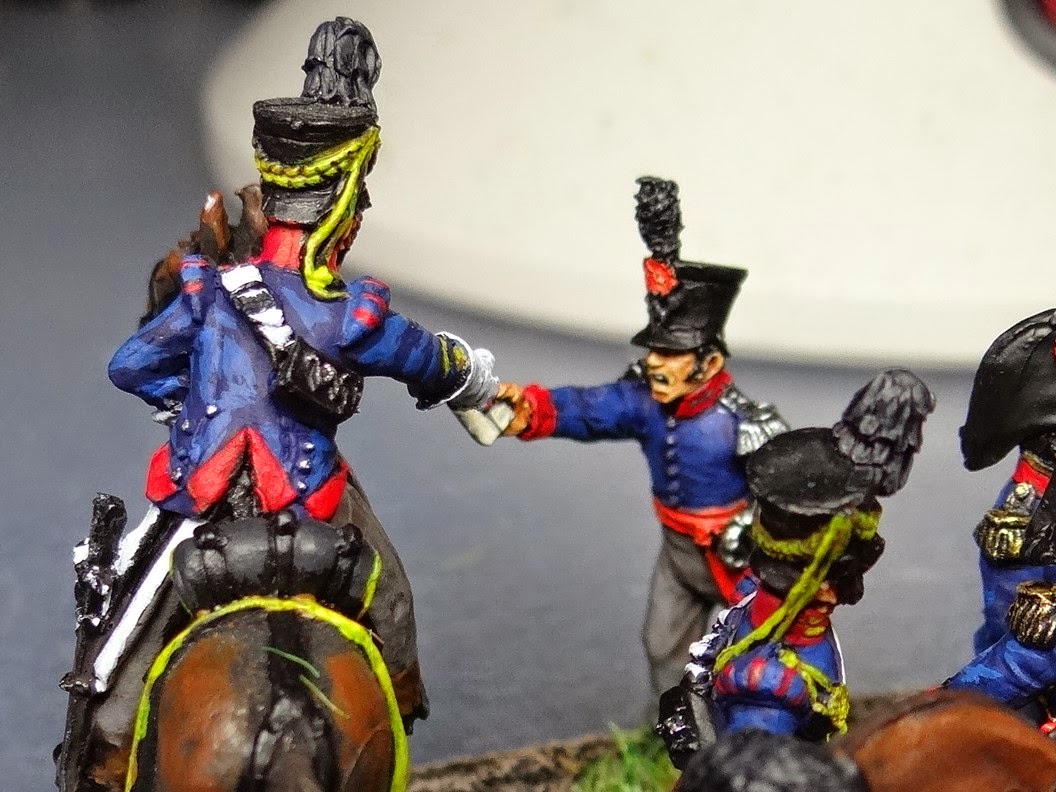 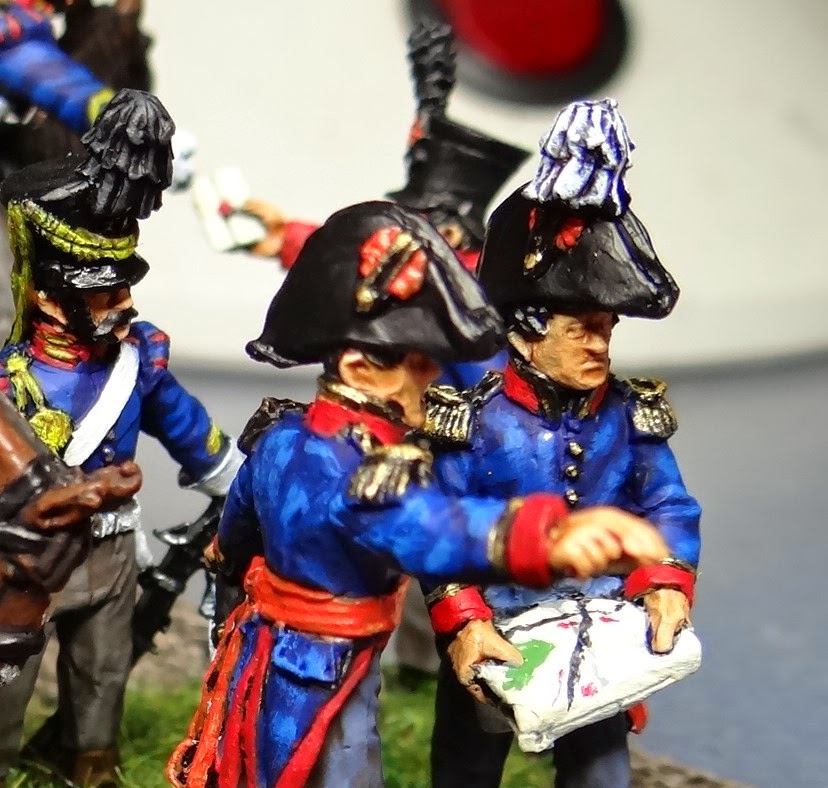 There is a lot of detail on these miniatures, and as I wanted them to look good, spend several hours to paint them. I am very pleased with the result, and hope you like them too!

I was not able to go to Salute this year, but the first pictures must be on the WWW around this time I guess.
I have another update of the blog planned, but this time, it will not have any painted miniatures or games!

PS, I just now noted the small pieces of flock on the rear of the guide's horse. They are not in the paint, luckely, I just removed them. Strange that this is more visible in a picture.
Gepost door WimVdB op 08:24