This time it is all about new units for my Hellenistic armies. The Thureophoroi were painted last year, while the pikemen and general got their paint this year.

Thureoporoi are named after the shield they use: thureos. Most of the times these shield were painted white. But don't confuse them with leukaspides, which translates to white shields and were heavy pikemen.
It is a troop type which became very popular in the third Century BC till the fall of the Hellenistic empires. 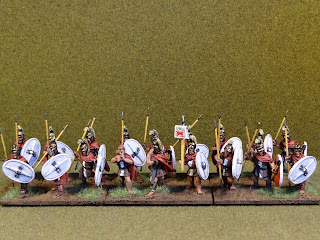 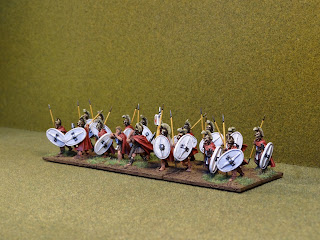 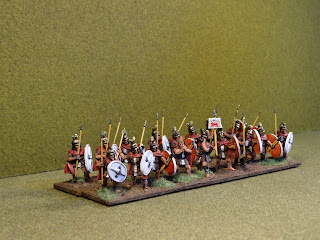 I'm not 100% shure if they were uniformed, but there is some proof for it.
Anyway, I picked inspiration for this unit from the cover of a recent issue of Ancient Warfare. Which is an excellent magazine for any ancient wargamer by the way. More info here . 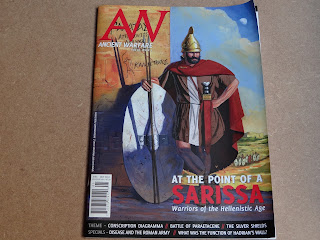 The second unit of thureophoroi got a slightly different uniform, but still kept the white thureos. 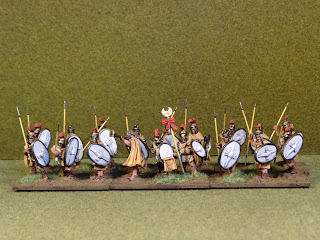 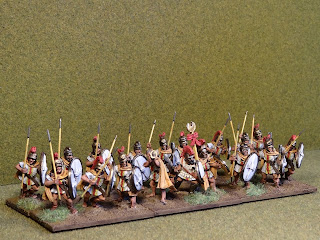 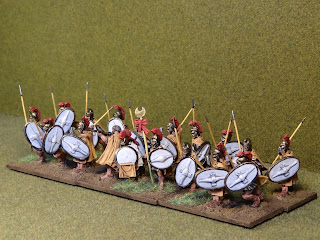 The uniforms of these are based on a picture in "The Seleucid army", written by Nick Secunda. 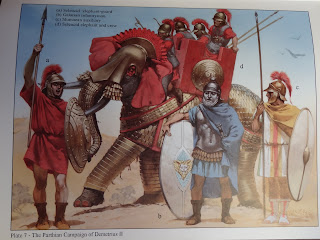 It is the image on the right.
The commander of this unit got a bit of a differnt uniform. I imagine one of his forefathers was a Greek hoplite in service of Alexander the Great. Who knows!

Then there are the 16 new rercuits for my Argyraspides (silver shields), an elite unit of heavy pikemen. I had a unit of 32 of them, but now expanded to 48. 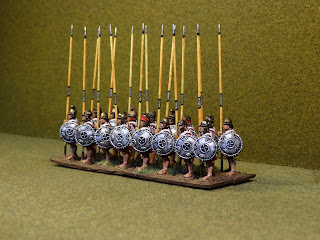 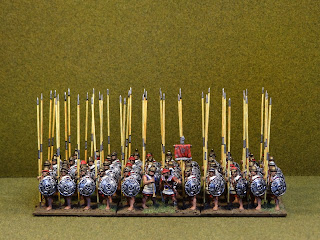 My other 32 men units of pikemen will also be expanded to 48.
Miniatures of the thureophoroi are from Old Glory.
The pikemen are from the Foundry range World of the Greeks. Still a favorite of me.

For some reason, I cannot add more pictures here. So the new general will get his own update.
Gepost door WimVdB op 10:19