If you like ancient Greek history, like me, you might also like Greek mythology. You know, Jason and the Argonauts, the siege and fall of Troy (Homeros version), and more.
I used Greek mythology as theme for my first warband for Dragon Rampant, the newest rulesset by Dan Mersey (published by Osprey).
I have yet to play my first game, but you need a painted warband for that! So here are pictures of my Centaurs.
Light spearmen or javeliners: 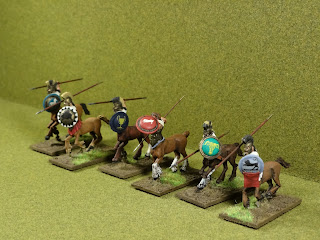 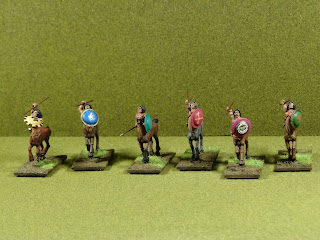 The heavies, armoured and dangerous: 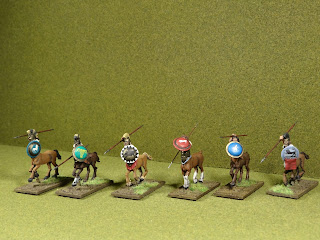 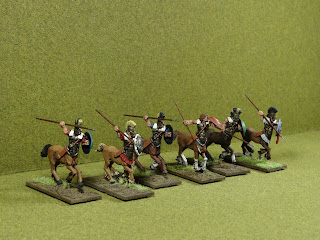 And maybe the even more dangerous female archers: 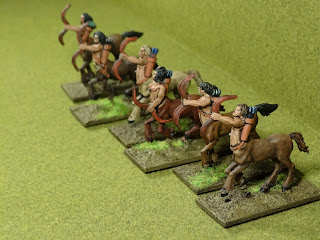 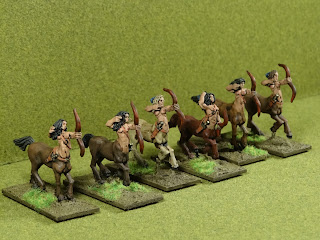 Add a few heroes / leaders and the warband is ready for battle! 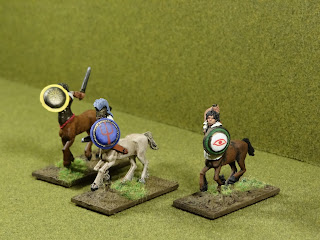 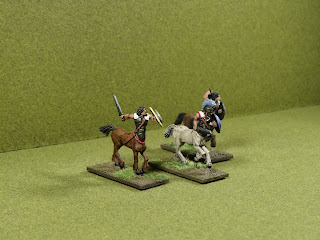 All of the above are from Wargames Foundry's Greek mythology range.
I have to add that 6 of the above miniatures were painted some time ago, and even had a few pictures of them in my blog. To mu own surprise almost two year ago.

While on the theme of Greek mythology, I also build and painted up a unit of Amazones. 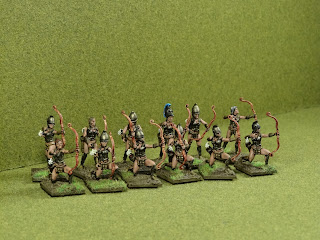 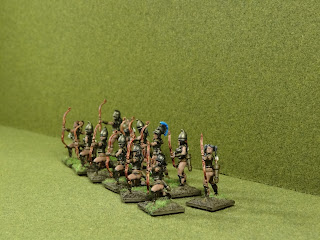 These are plastics from Wargames Factory. While fairly easy to paint, they were a bit of a pain to put together, some realy fiddly parts to put on the correct place. of the models. I have parts for 36 more of them (I bought two boxes of these), but I'm not shure when that will happen...

Next up is something I have ment to do since january, so about time I started on them!
I will call it "the Nassau Project", and consists of painting the 3 battalions of the 2nd Nassau-Usingen Regiment. Each 36 figures strong, plus a casualty per battalion. And Prince Bernard of Saxe-Weimar and staff. 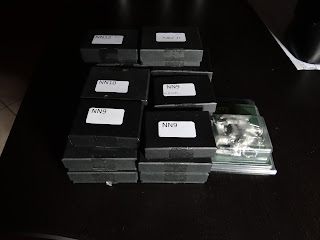 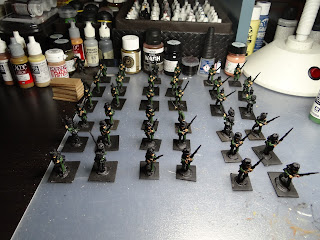 Work has just started on the flank companies, as you can see on the last picture.
Now try and keep FOCUS!
Gepost door WimVdB op 11:44