I've been painting historical miniatures for a while now, so it is maybe time for a short break. A few months ago, I could finaly buy the few figures I was missing to build another two units. Many thanks to Dave from Caliverbooks, who owns Miniature Figurines (or Minifigs for short) for bringing them back into production!
I believe my Knight s of the Silver Rose army is now finished, having at least one of each of the produced miniatures.

The new recruits are a unit of spearmen. 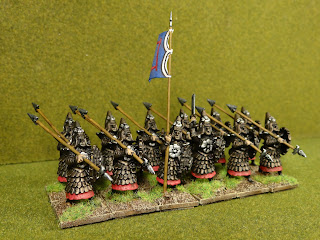 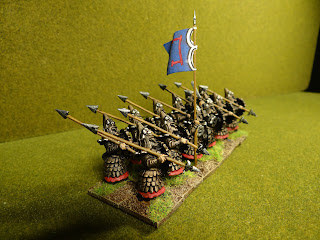 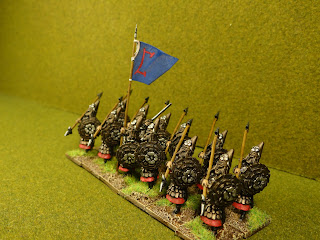 As usual the flag is a free download, originaly from Perry Miniatures' Korean range. I painted a linear B symbol on it, to show the ancient character of these troops, as I did with all other units before.

The other unit is armed with the fearfull (and magical) double action blowpipe. 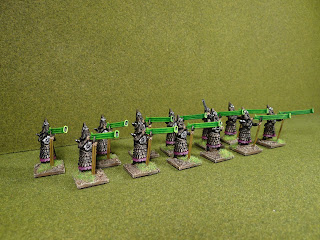 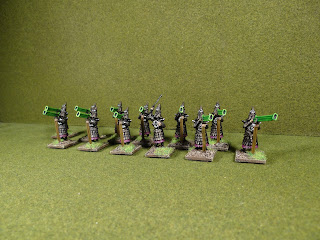 This is the only unit in the army that doesn't have a flag, I think they don't need one since they use a shooting weapon and normaly don't come into hand to hand combat. Or at least they hope so.

That's it, my fantasy army is ready for battle!
Maybe some pictures of the complete army? 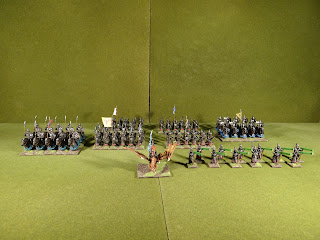 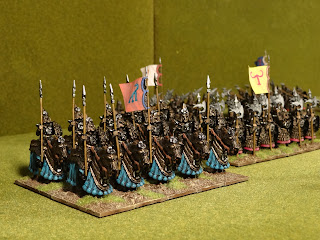 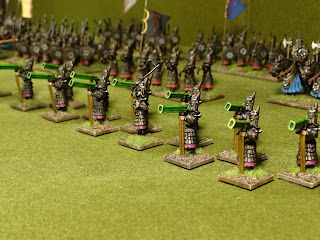 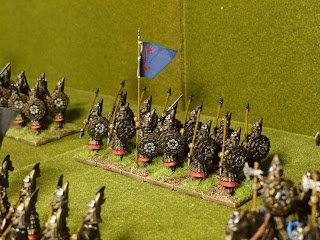 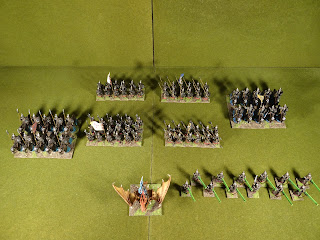 I hope you like the look of the army. It was a great pleasure to paint them. I finaly have the army I dreamed of as a 15 year old! It's only that I'm now ...51.