A Napoleonic game in a friends house.

Since a few weeks I'm participating in a Napoleonic game with loads of 15mm figures.
We (3of us) are replaying Eylau, with loads of toys.

The battle was fougth in februari 1807 in bad weather between Napoleons French forces and the Russians. There were also some Prusssians involved, which have not yet reached our table edge.
They are dearly needed though (I play Russians), as the Russians are getting some bloody noses!
We have now played three evenings, but schedules prevent us from playing again in the coming weeks. It will probably be end of november before the game continues. 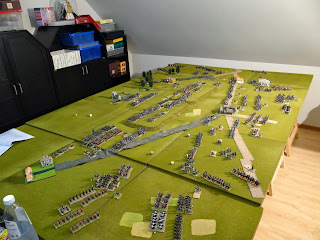 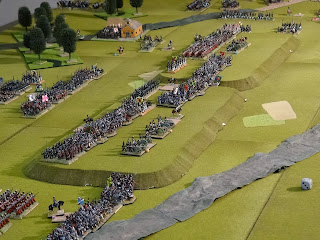 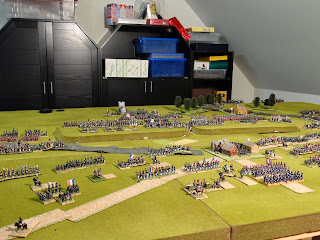 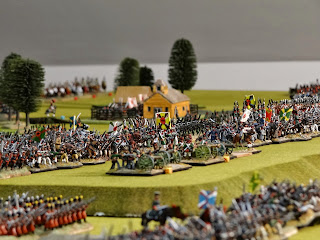 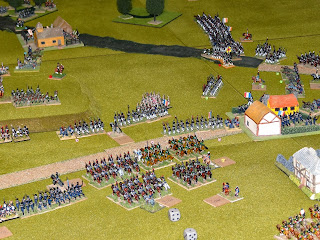 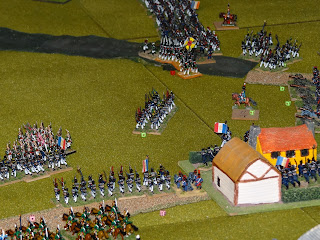 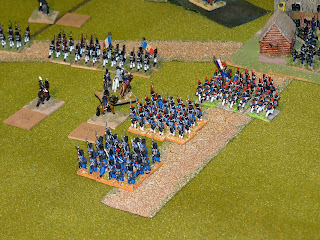 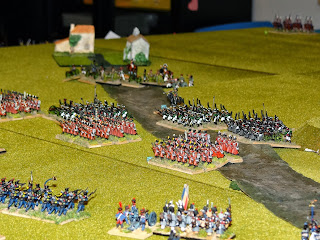 You might find Napoleon himself in some of the pictures. He is wearing his grey coat and riding a white horse.