Here is the next part of my painting backlog. This time about the Celtic/Galatian/Barbarians.
not a lot of figures painted for these, only a few small skirmish units. But they are needed just as much as any other part of the army! 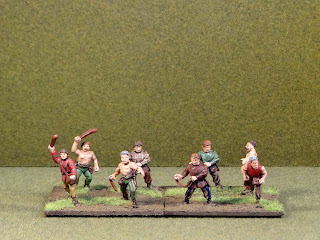 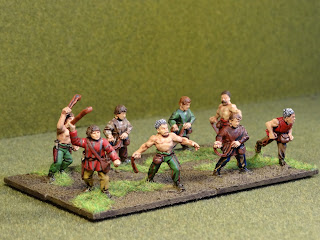 These braves are armed with slings. Miniatures are from a few manufacturers, I think Wargames Foundry (old Perry range) and the ex-Newline range (now SHQ). 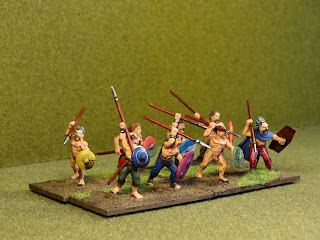 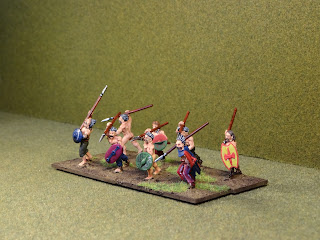 The second unit is armed with javelins and have a small shield. Miniatures are a mix of Wargames Foundry and Old Glory. Some of them have there hair dyed with white chalk to scare the enemy.
They were a quick paint job, using washes to get some depth in the colours.

There is also a fantasy part in my barbarian army. So here is the heavy siege artillery! 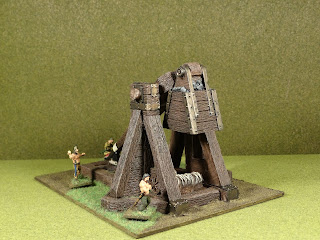 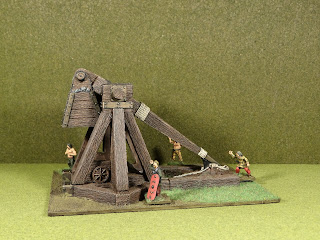 I bought this model a very long time ago (10 years ago?) in a sale. I believe it is made by Scotia Grendel. The crew are plastic left-overs from Wargames Factory Gallic chariots.

Next time the blog will report on new recruits for my hellenistic armies. It might be better to work on one project at a time, but that is so difficult for me. I recently bought Dan Mersey's Dragon Rampant fantasy rulesset, and now I want to have at least one army (well, max 60 figs) painted as soon as possible. I have loads of suitable unpainted figures, and finaly I might even start working on my non-GW Lord of the Rings figures. But I also have Greek mythology figures, and the rules are also usable for this setting.
Some hard decisions to make. If I only had the time to paint (and game) them all...
Gepost door WimVdB op 09:25 Geen opmerkingen:

These were painted a few months ago, but had yet to appear in full colour on the blog.
So here are the 5th Dutch-Belgian Dragoons for my growing allied army for the Waterloo campaign 1815. 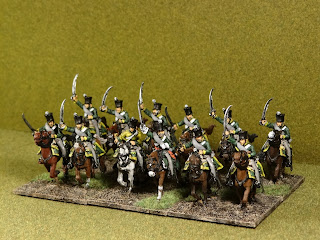 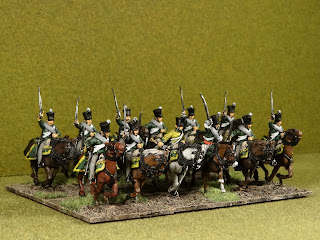 There is also the obligatory "wounded" marker base, which from now on is a bit different then before. 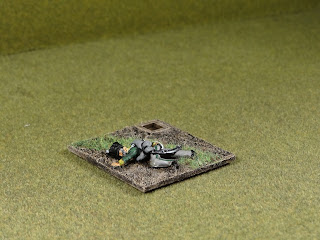 As you can see, there is a small square at one corner of the base. That is not a waterwell, but... 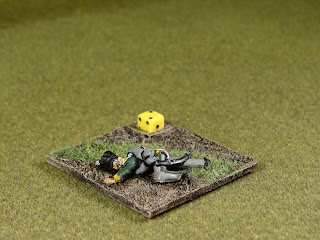 A "dice square"! I don't know how to call it otherwise. I discovered these little helpsome things at the site of Warbases .
All miniatures are Perry Miniatures.

Together with the already painted 6th Hussars, they form the 2nd light brigade. I only have to paint there famous commander, Major-general Jean-Baptiste Van Merlen. Who died at Waterloo.

PS In the title, (Dutch) is in parentheses, because this unit consisted completely out of Belgians.

Next time - soon - it will be ancients again. Gauls/Celts/Galatians to be a bit more precise.
Gepost door WimVdB op 11:05 Geen opmerkingen:

Being away for a while.

Sorry about that. It's been a bit hectic for some time. Having to follow several courses for my work took lots of free time. So much that I was thinking of giving up my blog completely.
In december I had some time to start painting again, but since the new year, I had lots to do for work, again. I'm almost done now, and the deadline is only end of january, so, time for the hobby again!
I have not been playing a lot of games lately. Some card games (Lord of the Rings CCG) have been played. We (our small gaming group) still have lots of cards from the game.
In between things I did paint a bit, but being the butterfly I am, it is a bit af everything.
I will split up between different things painted in separate messages.

In the last week of december 2015 I painted for the first time in my life World War 2 figures. I got a sprue of Warlords Japanese from a friend in our local club. Since my brother (who even got less time then my) is interested in WW2 Japanese, I painted them up for him. I more or less used the "painting clinic" on the Warlord site (See here), but used slightly different paints (the ones I had available).
The pictures are not that wel made. I quikly sook some snaps, half an hour before he came visiting me. 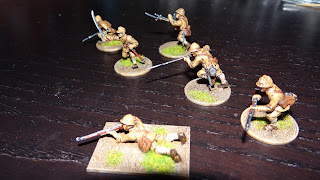 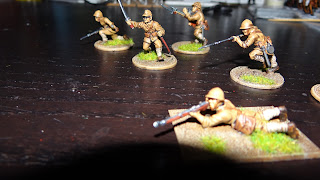 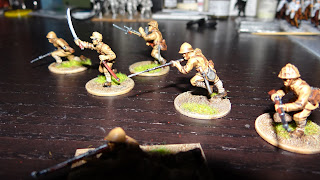 I think they are not bad for a first try.
Next time - soon, I promise: Napoleonic Dutch Belgians. Yes, that cavalry unit I cleaned up and primed on vacation did got painted!