It's been a while, but I just wanted to show what I've been painting recently.
Command bases for my Napoleonic Dutch-Belgian troops. As usual all Perry Miniatures. 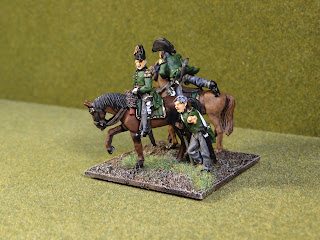 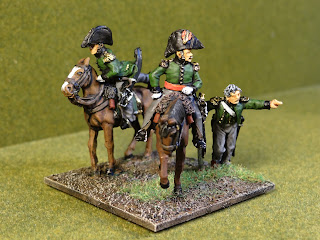 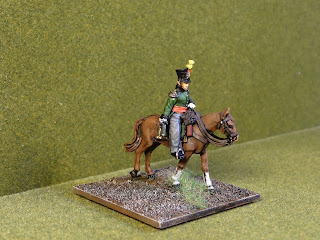 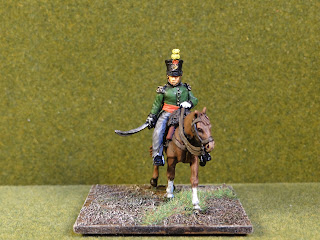 
The "wound" markers are also ready. 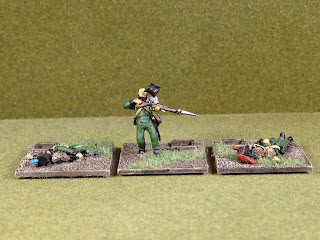 Three bases, one for each upcoming battalion of the 2nd regiment. Those are being build as "large" battalions in (our) Black Powder terms, so each regiment will be 36 figures strong.
Already two finished, and currently working on the third. once this is ready, pictures here!

My Dutch-Belgian devision, started many moons ago is nearly finished now. After this regiment, I only need to paint two more guns and two brigade commanders.
Since a few more club members showed interest in Napoleonics, I started painting my own again.
On the other side, I bought quite a few new unpainted Perry's at Crisis past weekend... Another post may follow about Crisis.

As a side note, I also painted a few loose fantasy figures, which will eventualy get there own blog post.
Gepost door WimVdB op 14:51 4 opmerkingen: